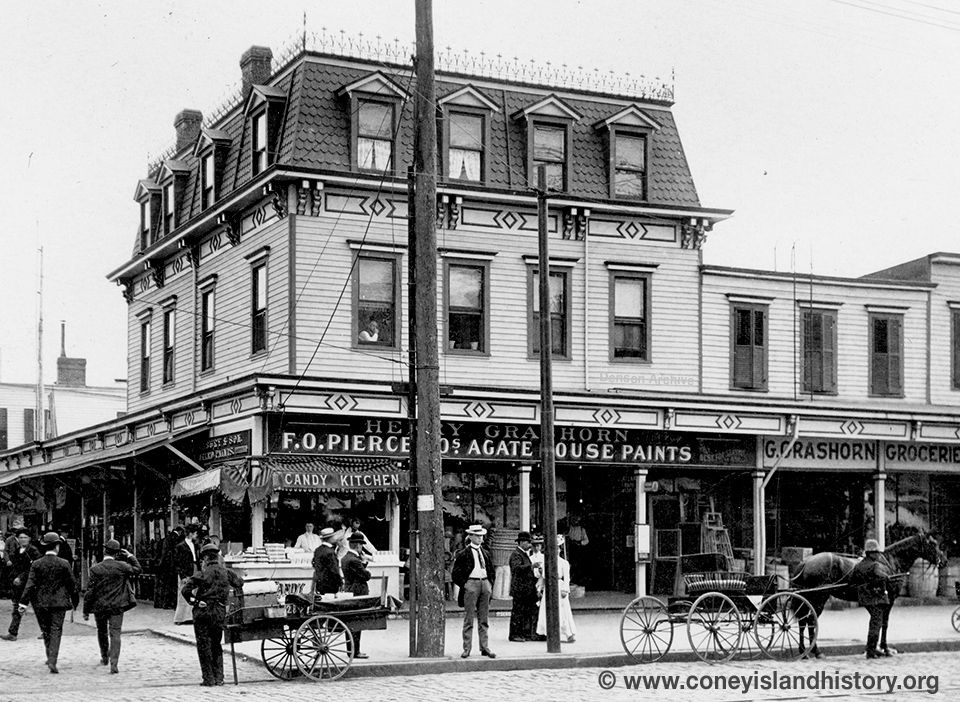 The Grashorn Building in the 1880s

The historic Grashorn Building, Coney Island's oldest structure, has been given a death sentence by real estate speculator Joe Sitt of Thor Equities, and demolition of the vacant structure has begun.  The NYC Department of Buildings approved an application for demolition of the entire structure on January 23, 2019. The Grashorn is just the latest in a series of amusement landmarks destroyed by the self-proclaimed "savior" of Coney Island who bought up large chunks of the amusement area more than a decade ago.

Thor made no effort to renovate the building and left it to rot since purchasing it for nearly $2 million a decade ago. Save Coney Island, a preservation group opposing the city's rezoning plan, had proposed a renovation project in 2010, but Thor wasn't interested. Other than the squatters who periodically broke into the building, the only "tenant" was a TV crew who briefly used the ground floor to re-create the Susquehanna Hat Store for the HBO series "Bored to Death." During the filming of "Men in Black 3," the film's production crew used part of the building's gutted interior as its headquarters.

Despite making a $90 million profit flipping Coney Island property during the city's 2009 rezoning of the amusement zone, Thor Equities has recently run into financial problems. Sitt lost ownership of some of his Manhattan properties and has reportedly defaulted on bank loans. In 2018 he put his combined 21 Coney Island properties up for sale, abandoning his scheme to build a shopping mall and hotel complex in the amusement zone.

The Grashorn Building, with its mansard roof, cast-iron cresting, and fish-scale shingles, was built by hardware store owner Henry Grashorn in the early 1880s and is the last surviving structure from that era. It is believed that the contractor was John Y. McKane, the carpenter who became political boss of Gravesend and Coney Island only to wind up in Sing-Sing prison, convicted of corruption.

For more than 60 years, Henry Grashorn's hardware store met the unusual needs of amusement operators by carrying everything needed to operate or repair the rides of Coney Island. The two floors above the store served as a hotel. The building had several owners after Grashorn retired. The last owner before Sitt was the late Wally Roberts, who operated an arcade on the ground floor. Although the building's facade was heavily altered over the years, it still retained its original shape and was easily identifiable. The hotel rooms on the upper floors were perfectly preserved. The Grashorn now joins Thor's other victims, including the Henderson Theater and Coney Island Bank Building, which Sitt ordered demolished in 2010 despite local efforts to preserve them. 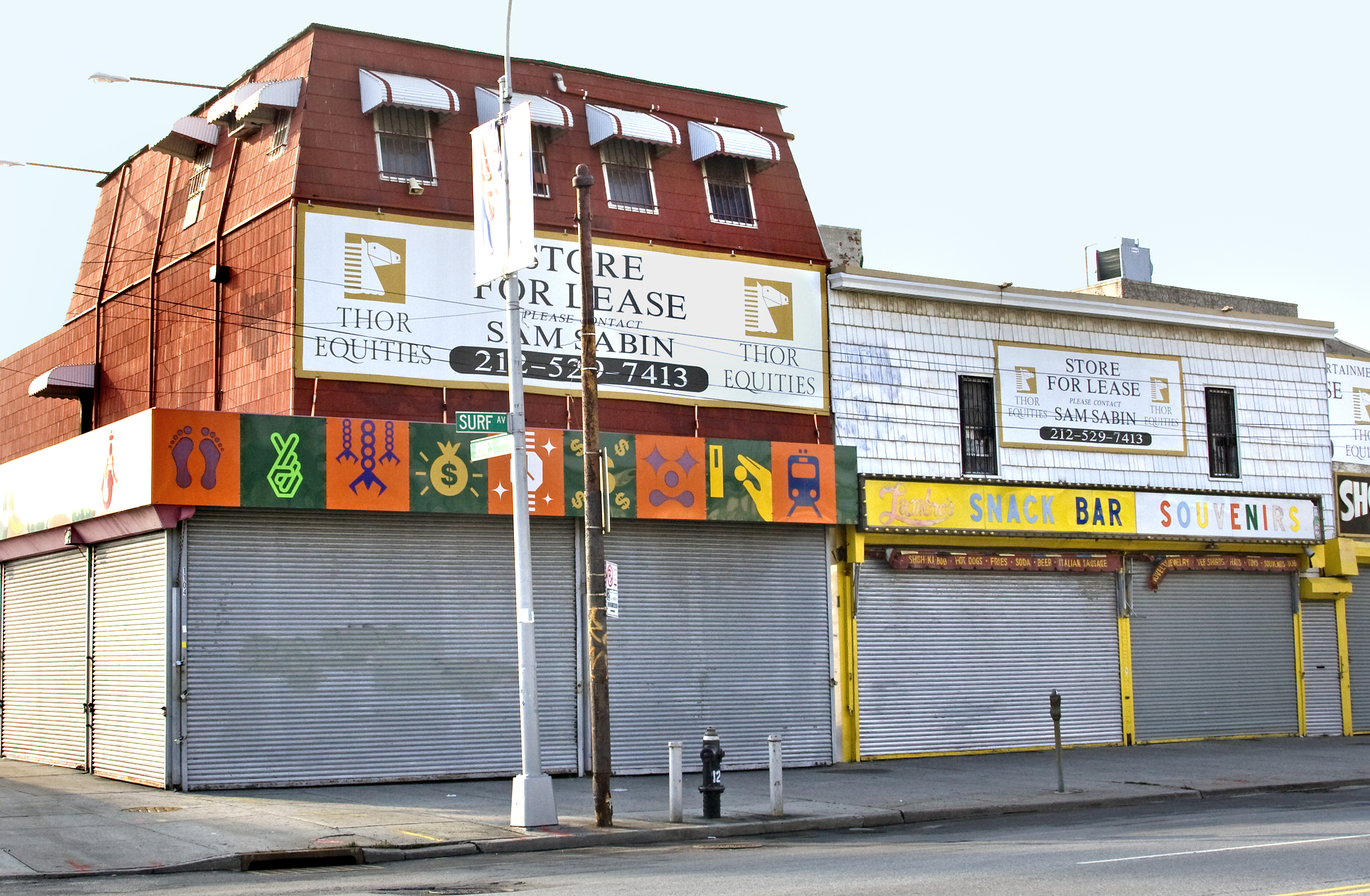 The vacant Grashorn Building after Thor Equities bought the property. 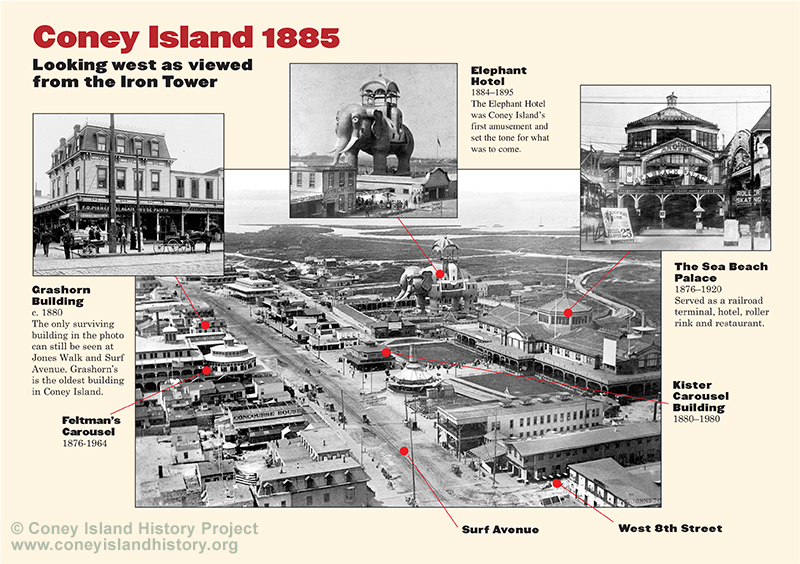 The Grashorn Building was the last surviving structure from the earliest days of Coney Island. 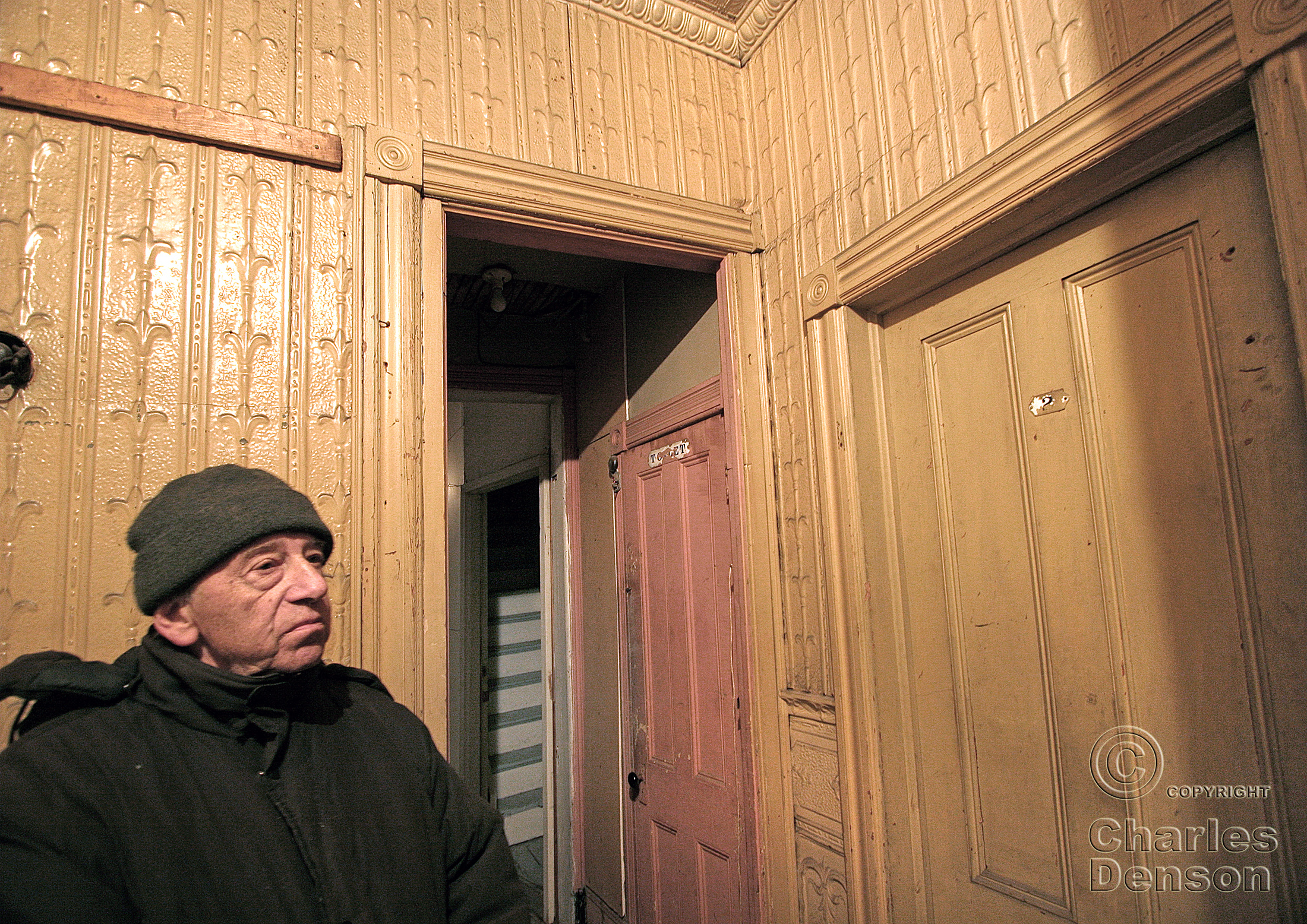 The two upper floors in the Grashorn Building were once a hotel. 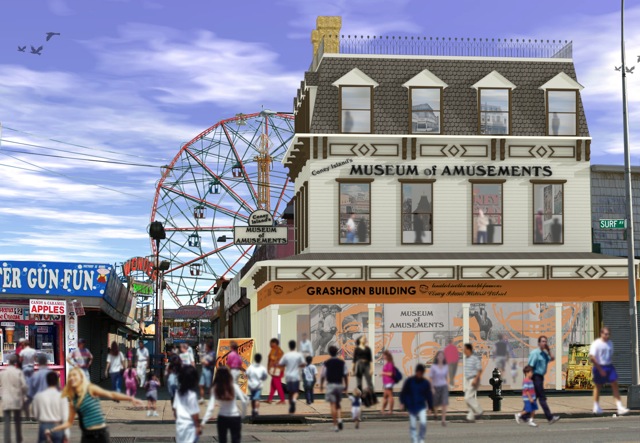 Architectural rendering released by Save Coney Island in 2010. What could have been. . . 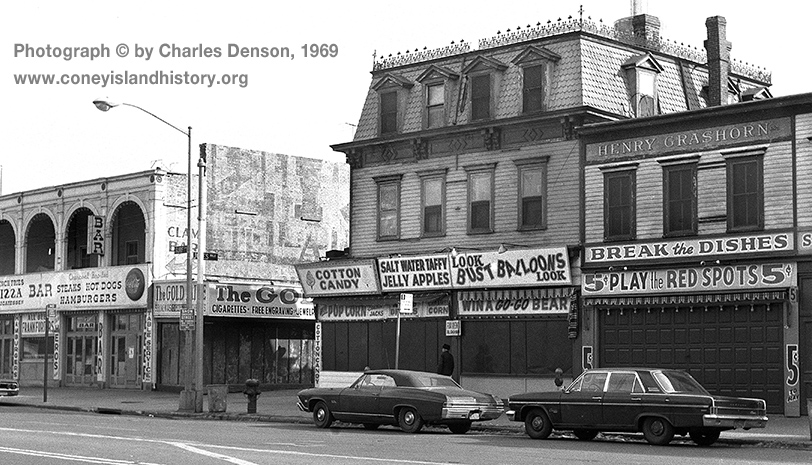 The Grashorn Building in 1969 still had Henry Grashorn's brass signage. 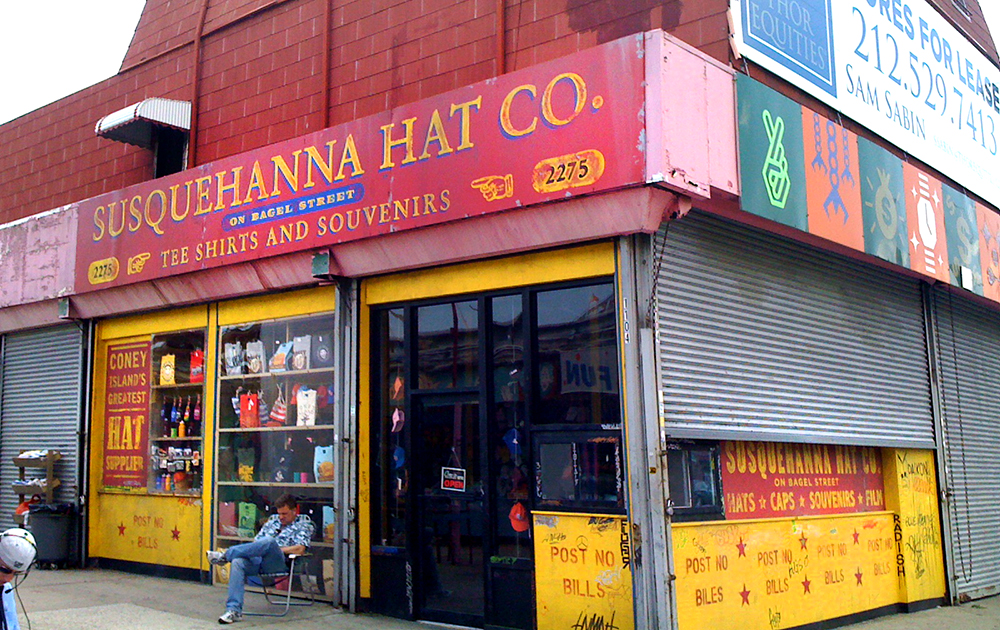 Susquehanna Hat Store in the Grashorn Building, a set for the HBO series, "Bored to Death" in 2011. Photo © Charles Denson.

Another part of Coney Island history going!!! We are becoming a rich people place that mid and lower class people can live. 3000 dollars a month for a small two bedroom apartment plus gas and water

This just breaks my heart. What is wrong with people?

Unsettling Topic "Save The Grashorn Building"

What can we do to save this beautiful & old building with over a Thousand Stories from it's past. This is a crime and what can we do to fight this possible & tragic mistake?

Fred Trump went to his grave offering to knock down the Parachute Jump for free as he saw it as a reminder for not being able to build his ocean front condos on the former Steeplechase land. So Joe Sitt wont repeat Trumps mistake and will destroy the last historic building he owns so he wont be reminded of his failure to take control of Coney Island.

LPC should take the name preservation out of their name

Lisa Kersavage and the entire https://www1.nyc.gov/site/lpc/about/lpc-senior-staff.page should be fired at LPC

I cant stand hearing this sort of thing. Congratulations Mr. Sitt, your name will be forever placed with that of Fred Trump in the Coney Island Hall of Shame, but, oh well, at least you will have made some more money, right? Nothing soothes the soul quite like another million, eh, Joe?

I see the update that demolition has been halted. What is going on?

There is so much history being destroyed by developers, why this

I cant see why NY cannot take a break in erasing history and historic places in their state, I see now you are taking Coney Island away now. I seen so much development in your state for more morons with money. I never get why you cant leave the history of your state stand a little longer for others to see and appreciate. Stop the madness save Coney Island for the new generation of people.

Stanley Shapiro grew up in Coney Island in the 1940s. In this audio clip he recalls 25-cent excursions to the movie… https://t.co/2kcYoAgaWY
1 day 8 hours ago

RT @LaGuardiaWagner: In honor of #MLKDay
3 days 17 hours ago