Dear Mr. Coney Island...
What can you tell me about club 28 on ocean parkway and sea breeze ave?  I believe there was a fire in 1980 but there must be a colorful past. Thanks!
- Larry Hirsch

Club 28 was located in the old Reisenweber's Casino, an elegant, tile-roofed restaurant, ballroom, and nightclub that catered to the well-heeled racing crowd patronizing the adjacent Brighton Beach Race Track. Reisenweber's was built around 1900, next door to the Brighton Theater, part of a refined, upscale alternative to Coney Island's noisy midway. The structure’s top floor resembled the deck of an ocean liner and provided a sweeping view of the beach and ocean. An early advertisement promised that this upper deck offered "All the Joys of a Sail, Without the Motion!" Another ad promoted a "country style frog dinner for $2.00 as well as "dancing in the Wisteria Ballroom, a splendid orchestra, and fascinating surroundings cooled by ocean breezes."

The Casino closed during prohibition and soon reopened as Publix Baths. After the bathhouse closed in the early 1950s, Club 28 opened as a bingo parlor and event hall, also known as "The Terrace." The building was demolished after a fire around 1980, and was replaced by a high-rise apartment building. 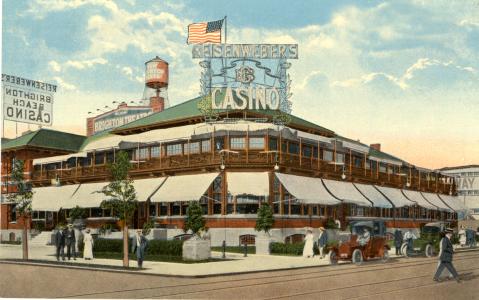 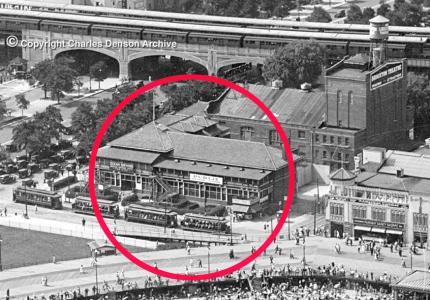 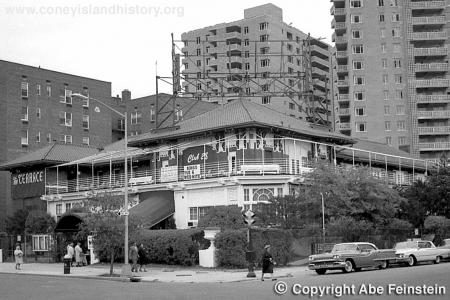