Sir,  While doing family research I learned that my great aunt, Lena Dolle Petersen, and her husband, Magnus owned a hotel called the Petersen Hotel which was located (at the turn of the 20th century) at 10th Street and Surf Avenue. I believe the Petersens also were involved in some type of amusements as Lena was the sister-in-law of the famous carousel builder, Charles Looff who placed the first merry-go-round at Coney Island in 1874.  Do you have any information on this family or, in particular,  Petersen's Hotel?  Pictures would be a bonus!
Looking forward to your reply I remain
Sincerely,
Rudolph Dolle

Petersens Baths and Hotel was located on the beach side of the Feltman's Restaurant property at West 10th Street. Here are two photos. One dates to around 1910, the other was taken after the Boardwalk was built in the 1920s. 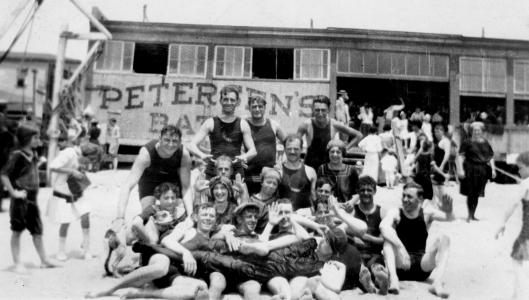 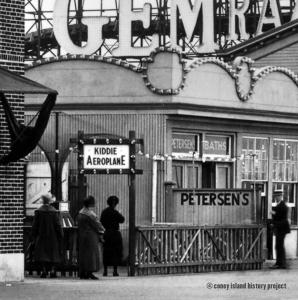