Dear Mr. Coney Island...
I am trying to work out where on Coney Island the great James J Jeffries fought Bob Fitzsimmons, Tom Sharkey and James J Corbett between June 9 1899 and May 11 1900. I know they took place in the Coney Island Athletic Club, but where is that located now? I am a big fan of boxing, living in the United Kingdom. I am hoping to visit the USA to see some of the significant sites in the country. I am interested in visiting Coney Island because it is the first place a heavyweight championship fight took place in New York. My visit is a pilgrimage to the Jack Johnson vs James J Jeffries fight that took place in Reno Nevada on July 4 1910. I look forward to hearing from you.
- Glenn Wilson

The Coney Island Athletic Club (also known as the Coney Island Sporting Club) opened in 1897 in the former Bauer's Casino bathhouse. The 10,000 seat barn-like building was located between Surf Avenue and the ocean at West 8th Street where the New York Aquarium parking lot is now located. The Jim Jeffries vs.Tom Sharkey heavyweight bout, fought at the club on November 3, 1899, was the first fight ever filmed. 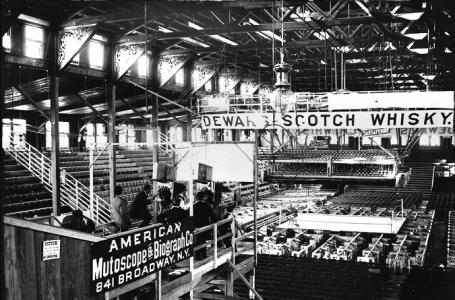 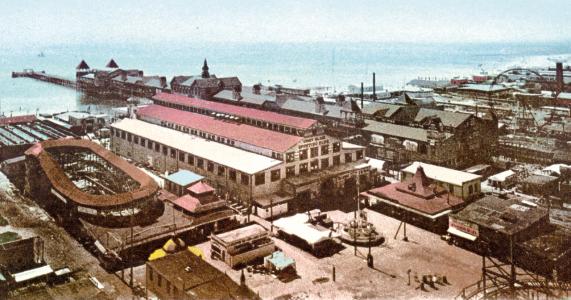