A Century of Coney Island Bathhouses Featured in Podcast 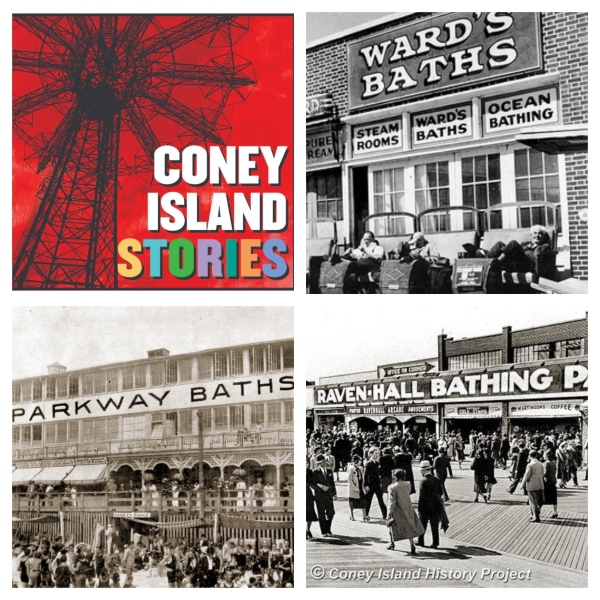 Our new episode 'A Century of Bathhouses' has dropped! Listen and subscribe to Coney Island Stories on Apple, Spotify, or wherever you get your podcasts.

Episode 6 features stories of Washington Baths, Ravenhall, and Silver's Baths, among others, told by bathhouse owners, workers and patrons recorded for the Coney Island History Project’s oral history archive between 2000 and 2020. Bathhouses were the first businesses in Coney Island. Even before Coney’s first hotel was built in 1829, crude bathhouse shacks were set among the dunes. Before the city built the boardwalk in the 1920s, most of the Coney Island beach was private and bathhouses provided the only access to the beach and provided patrons a summer home away from home. Many had overnight accommodations, restaurants, and swimming pools, and some offered massages and the ever popular nude sunbathing.  They were very sociable places and generations of family and friends from the same neighborhoods patronized the same bath houses for years until the last one, Brighton Beach Baths, was demolished in the early 1990s. Now hardly anyone knows what a bathhouse is.