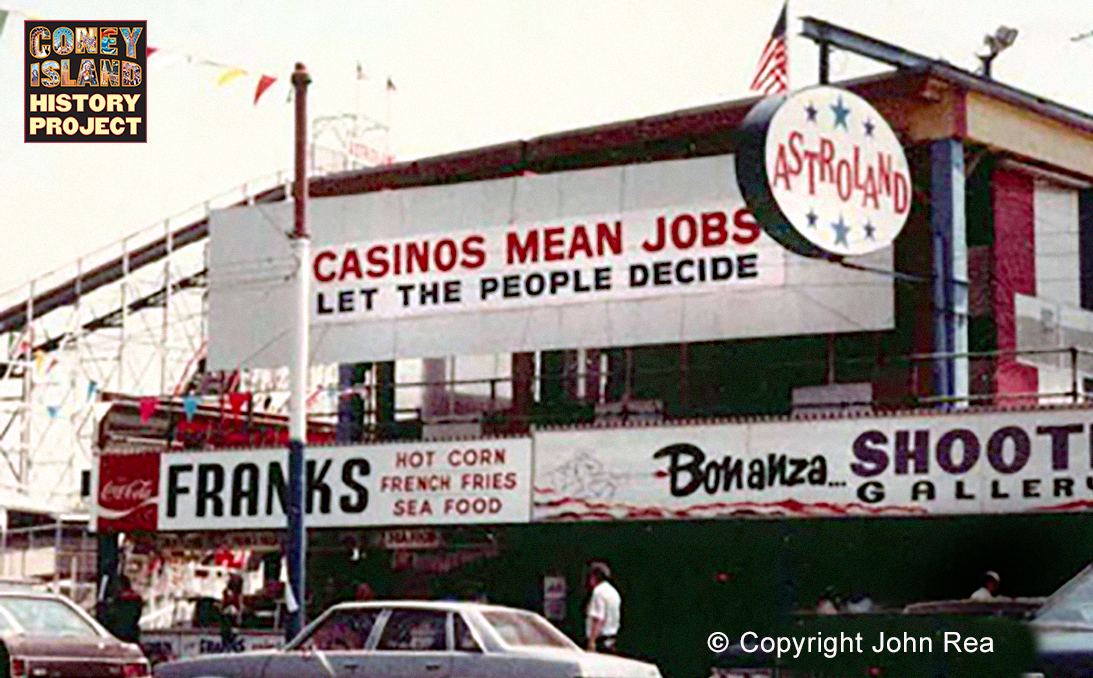 Lobbying for casinos in the 1970s. Photograph by John Rea

Joe Sitt's Casino Island? Casinos are once again being considered for Coney Island. We thought this scheme died in the 1970s. Developer Thor Equities and the firm's lobbyist, Patricia Lynch, are making the rounds, speaking with local NYCHA leaders, Community Board 13, and others, lobbying to build a Casino on Thor property. Thor owns a good chunk of land (rezoned in 2009 for hotels and high rises) on the Bowery and on Stillwell Avenue. The meetings have taken place in secret with little publicity. Luckily, this plan is a long shot, and one has to remember that Atlantic City casino developers broke all the promises made in the '70s to the local community. Jobs and community benefits are always the hook, but are rarely delivered. Coney Island does not have the infrastructure to support a casino. Good luck with this one.

For anyone who still thinks the ferry in Kaiser Park is a good idea, please be aware that on April 6, 2022, the NYC Economic Development Corporation and its contractors were fined $70,000 by the State of New York for violating numerous environmental laws during construction of the Coney Island Creek ferry landing. Some of the fines were for illegal dredging and dumping in Coney Island Creek and Gravesend Bay, and for not reporting an oil slick. The EDC managed to violate nearly every aspect of its permits. This does not bode well for the future operation of the ferry, which is situated in a precarious location that negatively impacts the environment, impedes recreation for the community, and endangers educational programs at Kaiser Park. 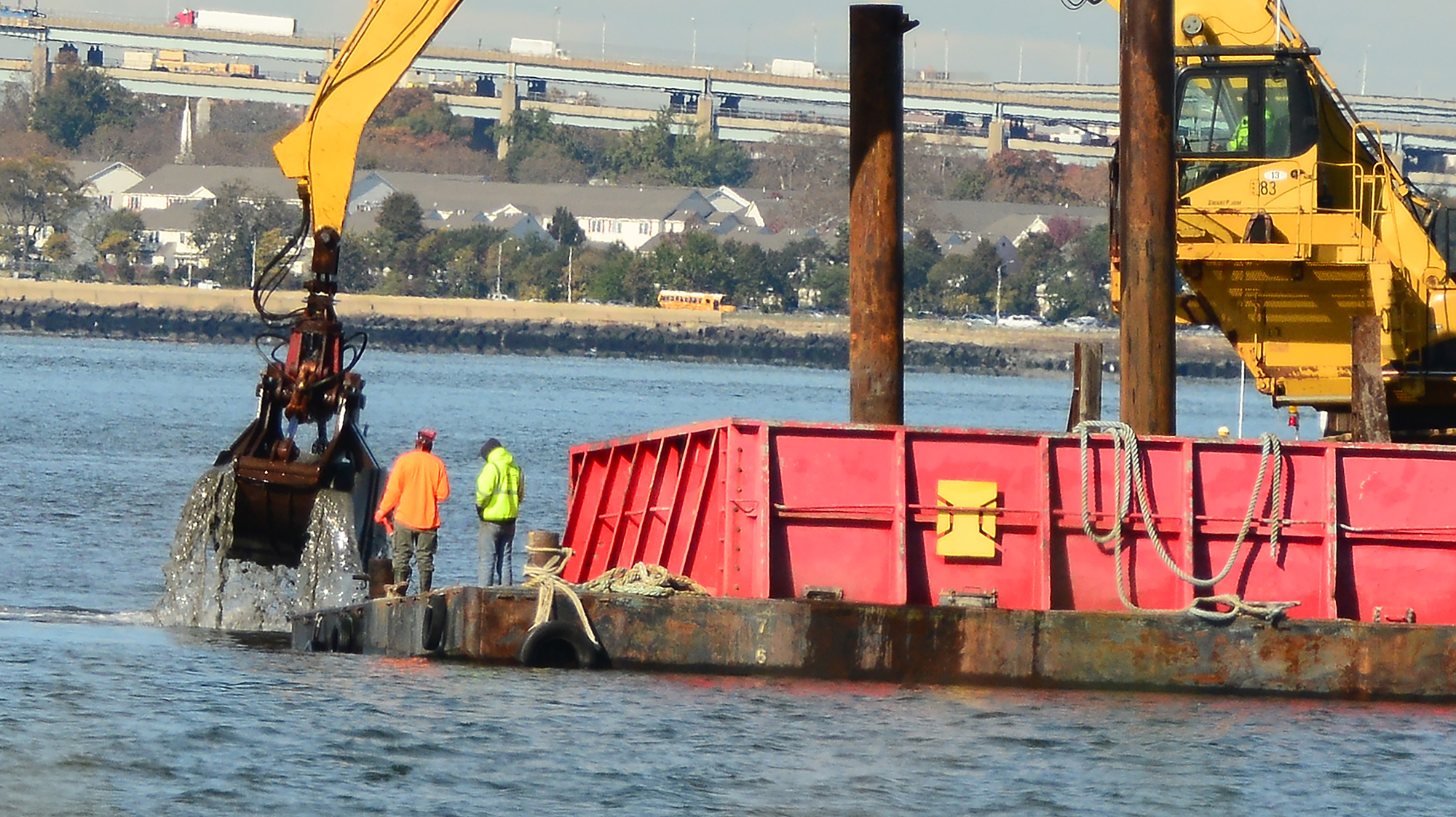 It's nice to see that the little food stand, Boardwalk Bistro, is open again on the Boardwalk below the Ocean Drive high rises at West 35th Street. Food stands have been lacking at the West End beach since Larry and Vinny's Pizzeria closed in 1996. I enjoyed a nice hot potato knish with mustard there last week. It's not Shatzkins, but we welcome a food concession at this popular beach location. Anyone remember Sam's Knishes on the Boardwalk at 32nd?

Leaving the boardwalk I noticed that the Miami Beach-style glass towers built by John Catsimatidis are apparently an environmental nightmare. The Ocean Drive buildings were given a giant "F" Energy Efficiency Rating, something rarely seen in New York. The large "F," posted at the building's entrance, means that: "the owner of such building has not complied, and the owner has had an opportunity to be heard with respect to such non-compliance." Happy Earth Day! 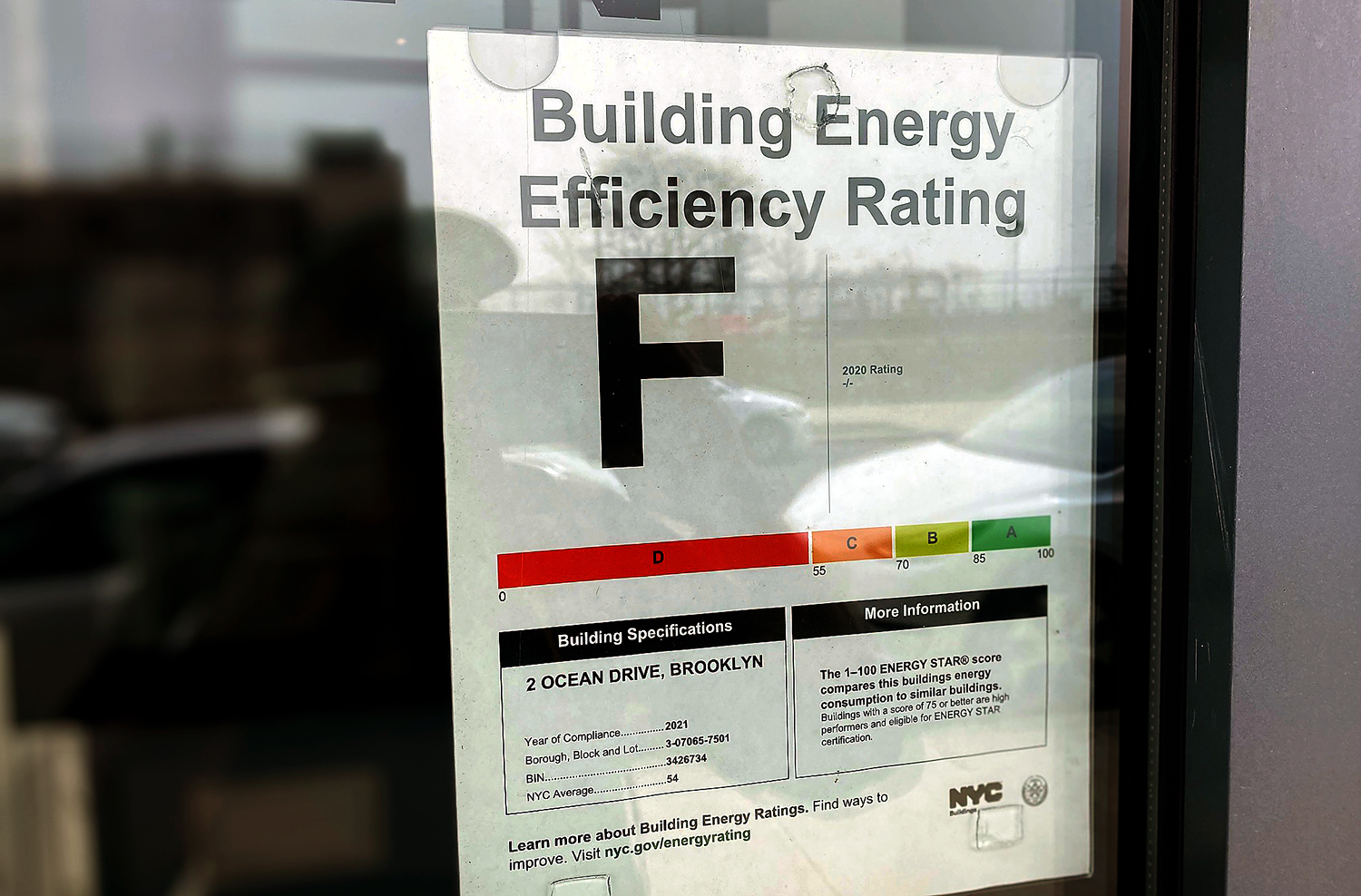 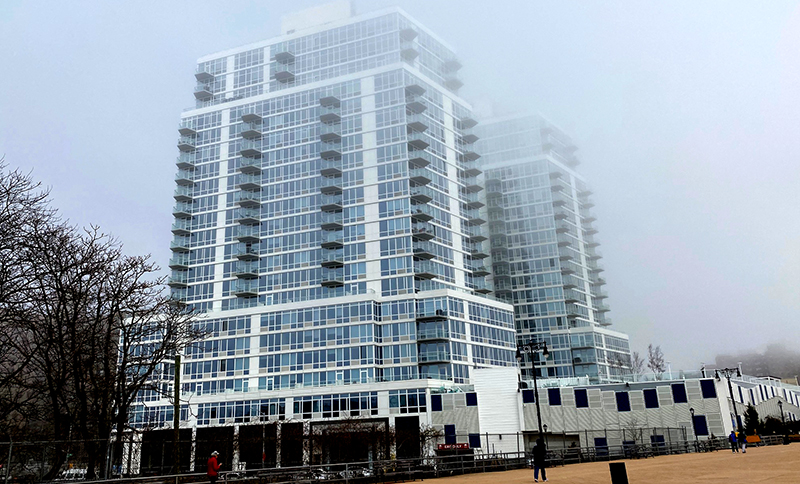 NEW in the Coney Island History Project #OralHistory Archive: Ansen Tang, ED of the United Chinese Association of B… https://t.co/c9Z6o7HM5T
1 day 9 hours ago