Growing Up in the 1990s: Coney Island Stories Podcast 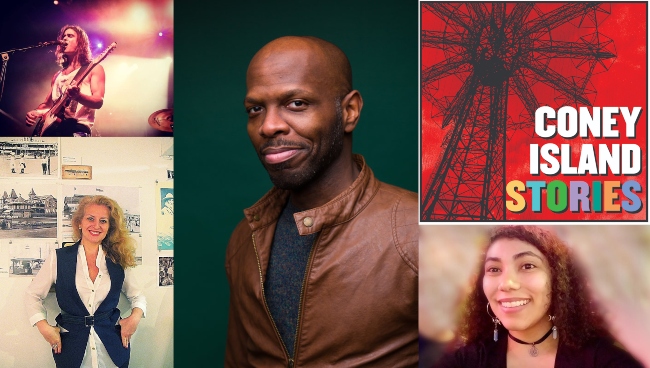 "Growing Up in the 1990s," the new episode of Coney Island Stories, has dropped. Listen and subscribe via your podcast app or the podcast page on our website.

Season Two’s theme is “Growing Up in Coney Island” through the decades, from the 1930s to the 21st century. In Episode Seven, narrators who grew up here in the 1990s share stories of loss and change. They remember living in Gravesend Houses and Sea Rise apartments as well as on West 5th, West 8th and West 19th Streets. The Boardwalk, the Beach, Astroland, the Cyclone Roller Coaster and the Wonder Wheel were their playgrounds.

The decade began with the Cyclone winning a spot on the National Register of Historic Places in 1991. The same year, a fire gutted the wooden house under Coney’s other surviving roller coaster from the 1920s, the still standing but nonoperational Thunderbolt. The house was known to film lovers as Woody Allen’s boyhood home in the movie Annie Hall, but it was originally built as the Kensington Hotel in the late 1800s. It was the last remaining structure from Coney’s original waterfront, since the shoreline at that time was much farther inland than it is now. The 1925 coaster was caught between an owner who neglected it, and City officials who considered it an eyesore. Some viewed the Thunderbolt as a symbol of Coney’s decline, but to many, it served as a monument to survival.

NEW in the Coney Island History Project #OralHistory Archive: Ansen Tang, ED of the United Chinese Association of B… https://t.co/c9Z6o7HM5T
6 days 17 hours ago