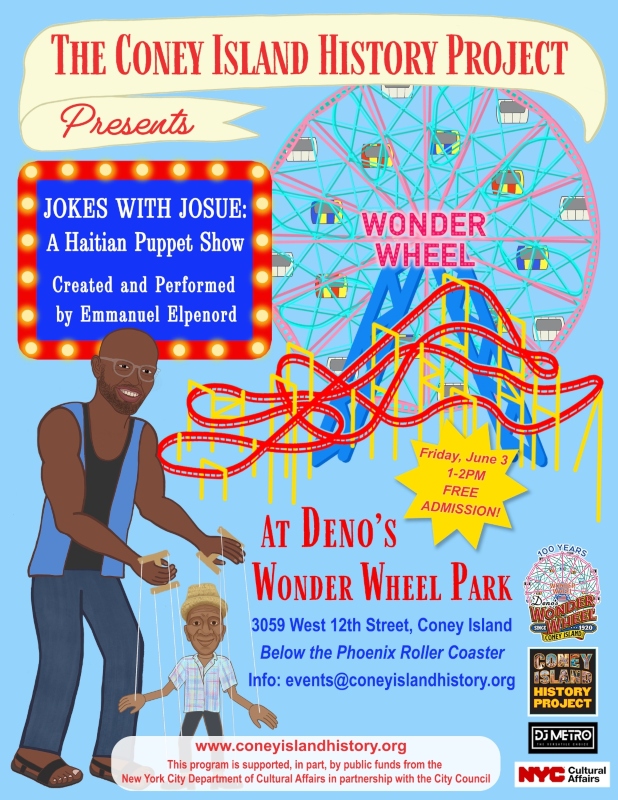 Save the Date! On Friday, June 3, the Coney Island History Project presents Jokes with Josue: A Haitian Puppet Show created and performed by Emmanuel Elpenord. The free performance will be at Deno's Wonder Wheel Park, 3059 West 12th Street in Coney Island, in the outdoor plaza below the park's Phoenix roller coaster. The show is designed for kids ages 5-8. It starts at 1:00 PM and will run for about 30 minutes with Q&A afterwards.

Emmanuel Elpenord is a first-generation Haitian-American actor, puppeteer, improviser and voice artist. "Jokes with Josue is a series of Haitian riddles featuring a marionette and cut-aways to toy theater scenes, all set under Haitian music," says Elpenord. “It includes a longer-form Haitian folktale or fable performed in a traditional style with some call and response games,  pantomime, character voices and improvisation."

Elpenord has performed as Othello, Duke Orsino, and Oberon in Shakespeare in Bryant Park; as a puppeteer at the Swedish Cottage Marionette Theater in Central Park; in the Off Broadway run, national and international tours of The Very Hungry Caterpillar Show; and as Eeyore, Owl, and Rabbit in the Off-Broadway run of Winnie the Pooh: The New Musical Adaptation, returning to Theater Row on June 18.

Born and raised in Coney Island, Emmanuel Elpenord is a magna cum laude graduate of Brooklyn College with a BFA in Acting, BA in TV/Radio Production, and BFA in Creative Writing. In 2020, he recorded an oral history for the History Project’s archive in which he shares memories of growing up in Sea Rise apartments and a souvenir of the Wonder Wheel. He recalls auditioning for Luna Park's Nights of Horror Halloween event in 2012, in which he was cast as the Devil. "I still treasure the experience as like my little badge of carnydom in having worked at Coney Island," says Elpenord in the interview. "I'm one of the freaks too."

Elpenord created Jokes with Josue and commissioned a marionette carved by Kevin White and costumed by Taylor Harrison for the June 3 performance in Coney Island. The sound is produced by  Haitian-American DJ MetroSoundsNYC. Poster design by Erin Mathewson. Among the invited guests are first, second, and third graders from Coney Island’s P.S. 90, the Magnet School for Environmental Studies and Community Wellness. 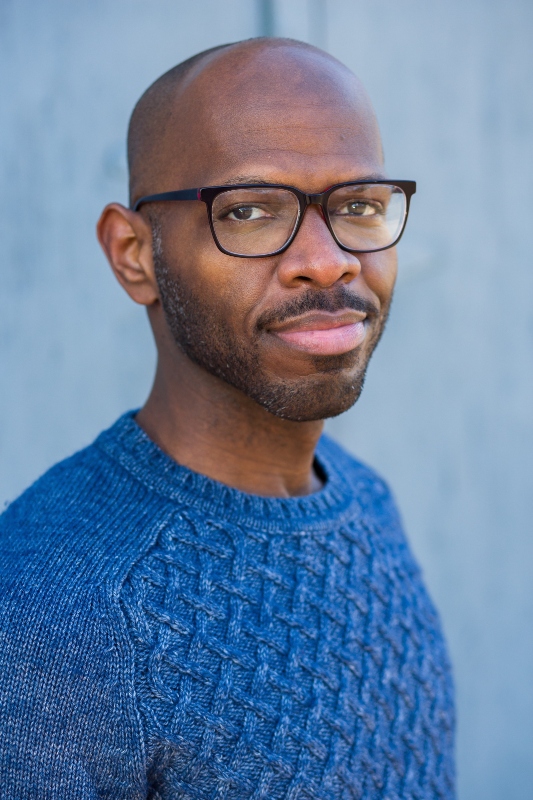 @davidbrodeur 2995 West 29th Street was an apt building. We happen to have an oral history with Sheldon Krimsky who… https://t.co/5n6yyDgrqE
1 day 10 hours ago

RT @CIpolarbearclub: Are you ready for the best party of 2023? Our registration is OPEN! https://t.co/XPE3vuDvbs - make sure you fill out…
6 days 18 hours ago

Casino Fever: The Last Time Around, an excerpt from Charles Denson's 2002 book, Coney Island: Lost and Found: "In 1… https://t.co/jykQygopaT
1 week 10 hours ago