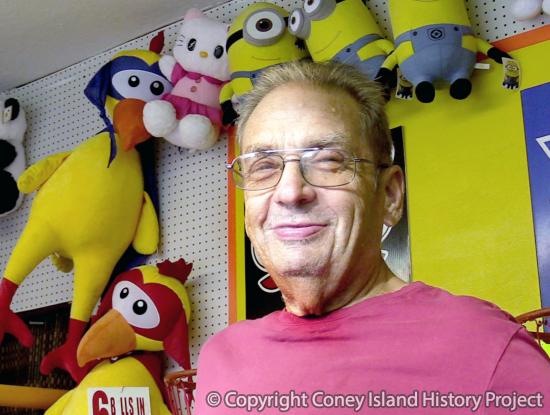 Among the recent additions to the Coney Island History Project's oral history archive are interviews with Jeff Brooks and Monica Ghee, who have worked in Coney Island for over 50 years and still have games on the Bowery; and Fred Stern, a bus driver for 35 years on the B36 route.

In his oral history, Jeff Brooks tells the story of Coney Island in the 1970s, when it was reminiscent of the Wild West and owners could rent a space and create whatever sort of attraction they wanted, often with mixed results. The Tornado Roller Coaster had a long row of amusement spaces below the ride, along Stillwell Avenue and the Bowery, and Jeff operated three different spook house dark rides at this location. Most surprising is his story about how much money one of his dark rides made during the coldest days of winter when visitors would come down on weekends to visit a snow covered Coney Island. 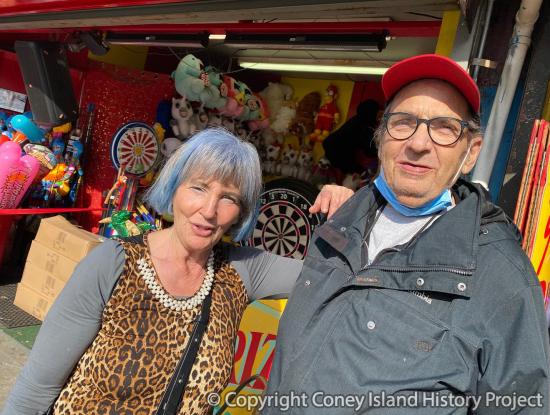 In a second interview, Jeff Brooks and Monica Ghee tell an amazing tale of compassion and friendship that goes beyond anything imaginable. Business partners for 25 years with popular family games that include archery, bowling, and a high-striker, they now operate three game concessions on the Bowery at Jones Walk. Last year, when Jeff was given less than a year to live, Monica donated a kidney and saved his life. Monica Ghee's 2019 oral history is also available for listening in our online archive. 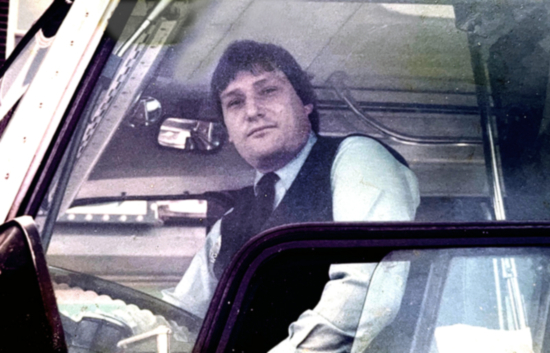 Born in 1953, Fred Stern recalls growing up on West 32nd Street in Coney Island, in a house next to Sam's Knishes. In 1964, his family moved to neighboring Bath Beach, where he still lives today. Stern shares memories of being a bus driver on the B36 route from Sea Gate to Nostrand Avenue and Avenue U, and the shuttle bus inside Sea Gate. He was a bus driver for the MTA from 1978 until he retired in August of 2012. "It was like a family," he says of the passengers -- the "morning people" and "evening people" -- he picked up every day.

More than 430 oral histories are available for listening in the Coney Island History Project’s multilingual online archive. Please listen, share, and if you or someone you know would like to record a story via phone or Zoom, sign up here. We record oral histories in English, Chinese, Russian, Spanish and other languages with people who have lived or worked in Coney Island and nearby neighborhoods or have a special connection to these places.

RT @WonderWheelPark: The Cross is now atop Deno's Wonder Wheel and will be lit for the holiday season! This 77-year-old Coney Island tradit…
6 days 8 hours ago