You're invited to preview the Coney Island History Project's exhibition center season on Coney Island's Opening Day. 2014 marks the 10th anniversary of the Coney Island History Project! Ten years ago our oral history project began with a portable recording booth and proved to be so popular that we later expanded to a permanent location. Stop by our exhibit center to view historic artifacts, photographs, maps, ephemera and films of Coney Island's colorful past and preview selections from upcoming exhibits.

Located on West 12th Street at the entrance to Deno's Wonder Wheel Park, the Coney Island History Project will be open on Palm Sunday, April 13th, and again on Easter Sunday, April 20th, from 1:00PM till 6:00PM. Our regular exhibition season is from Memorial Day Weekend through Labor Day on Saturdays, Sundays and holidays, from 12 noon. Admission is free of charge.

Palm Sunday is the official season opener for Coney Island's rides and attractions. The Opening Day celebration starts at 11AM with the annual tradition of the Blessing of the Rides at Deno's Wonder Wheel Park by Pastor Debbe Santiago of Coney Island's Salt and Sea Mission, and is followed by the Egg Cream Christening of the Cyclone's front car at 12 noon. Our special guest at the Coney Island History Project will be the legendary Cyclops from Deno's Spook-A-Rama dark ride. Visitors are invited to take a FREE souvenir photo with the Cyclops or an original Steeplechase horse from the ride that gave Steeplechase Park its name. Hope to see you at the festivities! 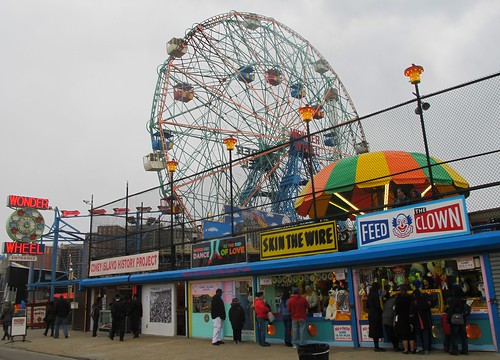 THE FACE OF STEEPLECHASE

Tilyou's "Funny Face" dates back to the early days of Steeplechase, where the famous visage appeared on signs, murals and ride tickets. Today in Coney Island, you can see variations of the Funny Face - on signs, beer labels, t-shirts, etc. "Tillie" is the New Jersey variation of Coney Island's Funny Face and was painted in the '50s at Asbury Park in homage to the Coney original! 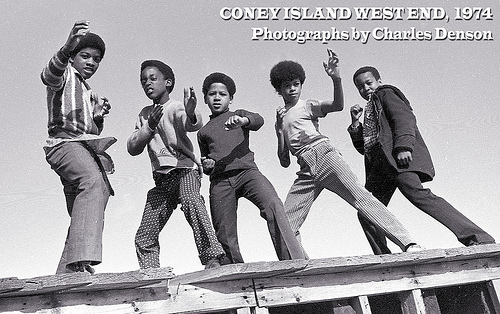 By popular demand, one of the slide shows we'll have in our exhibit center this season will feature never-before-seen images of the West End from Charles Denson's archive and photos that he took in the 1970s. "The West End of Coney Island is a vibrant and resilient community that's survived many challenges over the last few decades," said Coney Island History Project director Charles Denson. "I grew up there and documented the wave of urban renewal in the 1960s and 1970s that transformed our community and changed the lives of its residents. This slide show tells the story of the area going back to 1600s."

Titled "The History of Coney Island's West End and the Presence and Contributions of African Americans in Coney Island from the 1600s to the Present," the photos were shown for the first time in February at a Black History Month celebration and panel co-hosted by Mathylde Frontus of Urban Neighborhood Services and sponsored by U.S. Representative Hakeem Jeffries, City Councilman Mark Treyger, State Senator Diane Savino, State Assemblyman Alec Brook-Krasny, Emblem Health and the Alliance for Coney Island. 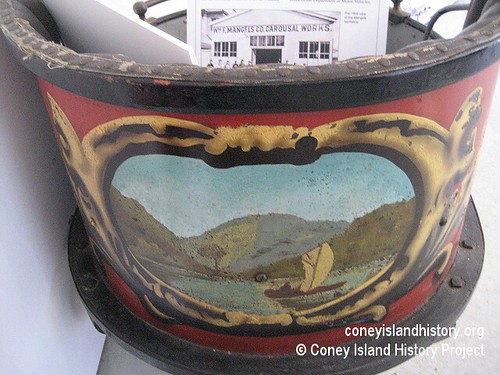 An exhibit on the work of Coney Island-based ride inventor and amusement manufacturer William F Mangels (1867-1958) will open in August. Mangels invented rides such as the Tickler and the Whip and built the mechanisms for countless roller coasters and carousels, including the B&B Carousell, which was brought back to Coney Island last year. Among the classic rides in Deno's Kiddie Park are a Mangels Pony Cart and Fire Engine. Mangels' former shop building on West Eighth Street is now an office of the Department of Motor Vehicles.

Ali Lemer and Tricia Vita, co-producers with Charles Denson of our Coney Island Stories podcast, meet in person for… https://t.co/Ayuvcu9VAy
3 days 16 hours ago
RT @WonderWheelPark: It's a Coney Island kind of day! Sunshine, temps in the high 70s 🌞 Meet you at Deno's for a ride on Coney's newest rid…
3 days 17 hours ago
Night view of Deno's @WonderWheelPark and Coney Island History Project by @DANIELLEBKNYC who painted the splendid E… https://t.co/VxWxw6FNZ7
4 days 16 hours ago