Growing Up in the 1960s: Coney Island Stories Podcast 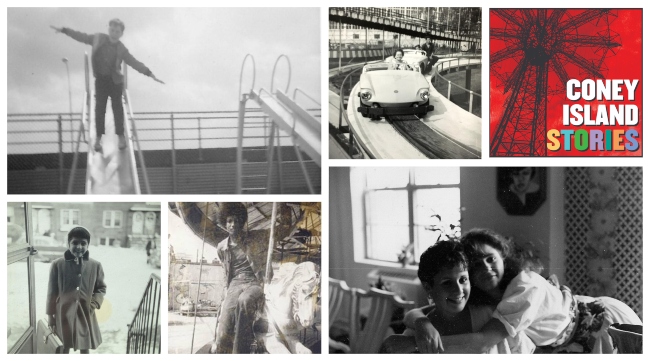 "Growing Up in the 1960s," the new episode of Coney Island Stories, is being released today. Listen and subscribe via your podcast app or the podcast page on our website.

Season Two’s theme is “Growing Up in Coney Island” through the decades, from the 1930s to the 21st century. In Episode Four, Coney Islanders who grew up in the 1960s share memories of being the original tenants at Luna Park Houses and Trump Village, high rise co-ops that opened in the 1960s. They remember the last years of Steeplechase Park, a rising crime rate and urban renewal. In 1967, Mayor Lindsay declared the entire West End of Coney Island a poverty zone. More than 40 blocks were slated for condemnation. The one bright spot during the 1960s was the space age-themed Astroland Park. The park became the anchor for Coney Island, the glue that held it together while many businesses gave up and many property owners sold and moved away.

The oral histories in Episode Four are with Alison Cintorrino, Alan Kirschenbaum, Jim Lucarelli, the Salvia sisters, Lucille DaCosta and Gladys Sandman, and Tony Williams. The interviews were conducted by Amanda Deutch, Ali Lemer, Shavon Meyers, and Tricia Vita between 2016 and 2022. This episode was produced by Charles Denson, Ali Lemer and Tricia Vita. Music by Blue Dot Sessions.

Season Two of the podcast series is sponsored in part by an Action Grant from Humanities New York with funding from the National Endowment for the Humanities.