Growing Up in the 1980s: Coney Island Stories Podcast 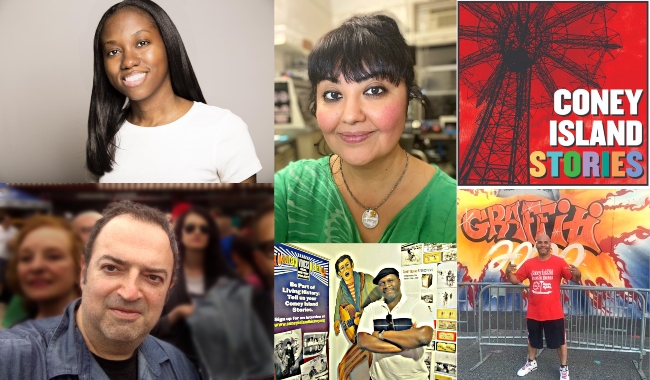 "Growing Up in the 1980s," the new episode of Coney Island Stories, has dropped. Listen and subscribe via your podcast app or the podcast page on our website.

Season Two’s theme is “Growing Up in Coney Island” through the decades, from the 1930s to the 21st century. In Episode Six, narrators who grew up here in the 1980s, or grew up coming to Coney Island from nearby neighborhoods, share their stories. They remember living in Gravesend Houses and O’Dwyer Gardens, high-rises overseen by the New York City Housing Authority, as well as apartments on West 19th Street and in Brightwater Towers.  Astroland Park, Fabers Fascination Arcade, and Ruby’s Bar and Grill were their playgrounds.

Coney Island during the 1980s is best symbolized by Greek immigrant Denos Vourderis’s purchase of the 1920 Wonder Wheel, the amusement area’s oldest continuously operating ride and the founding of Deno's Wonder Wheel Park. Another ray of hope in 1980’s Coney Island was the Astella Development Corporation’s plan to build low-rise attached homes on vacant lots slated for high-rise projects that were abandoned when the city went broke in the 1970s. Astella developed or renovated nearly one thousand single-family, owner-occupied homes on city-owned land in the 1980s.

The oral histories in Episode Six are with Alito Hernandez, Shavon Meyers, Zohra Saed, Eric Safyan, and Jeffrey L. Wilson. The interviews were conducted by Kaara Baptiste, Charles Denson, Leila Goldstein, and Tricia Vita between 2017 and 2021. This episode was produced by Charles Denson, Ali Lemer and Tricia Vita. Music by Blue Dot Sessions.

NEW in our #OralHistory #Archive: It's rare to record interviews with two generations! Frieda Schwelke, 92, grew up… https://t.co/lEAR72WpTL
12 hours 13 min ago

RT @CMAriKagan47: Today, @CMShekarK and I held a @nyccouncil public hearing on the status of our coastal parks & beaches, especially the Bo…
2 days 10 hours ago