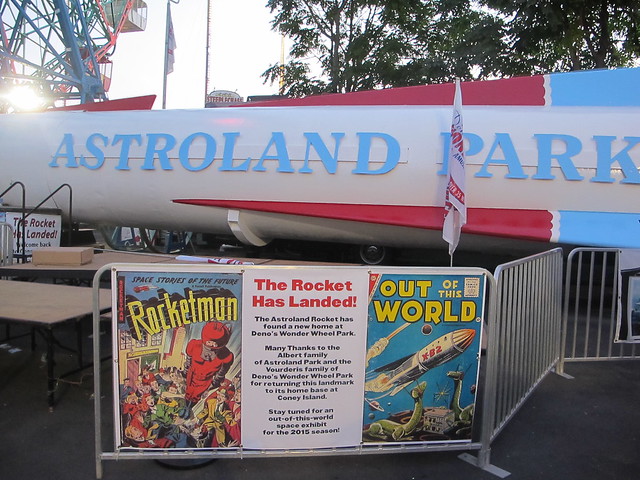 Celebrate World Space Week this weekend - October 8, 9, and 10 - with a  walk inside Coney Island's famed Astroland Rocket. Located next to the landmark Wonder Wheel in Deno's Wonder Wheel Park, the historic Rocket is open free of charge to visitors during park hours, which are 12:00 PM through 6:00 PM on weekends and holidays through October.

"The Astroland Rocket at Deno's Wonder Wheel Park is a continuing symbol of America's successful space program in the 1960's and it is an inspiration today," says Deno John Vourderis, a third-generation member of the family who owns the park and gave the space-age icon a permanent home in Coney Island. "Visitors to our park are encouraged to ask questions and seek knowledge, The Vourderis family works hard to help ignite inquisitive young minds hoping to develop the geniuses of tomorrow. This is what helps make our world, our country, and our local communities great. Welcome to Coney Island, there's enough magic here for everybody."

One of the first and only surviving simulators constructed for amusement parks during the Space Race, the Rocket debuted in 1962 at Coney Island's space age-themed Astroland Park. Originally billed as the "Star Flyer," the Rocket was also called the “Cape Canaveral Satellite Jet” (TIME), “The Spaceship Auditorium” (Billboard), and the “Cannonball Adderley Rocket” in anticipation of Adderley dedicating the rocket for Astroland’s official opening on July 1, 1962.  The ride was rechristened the “Astroland Moon Rocket” in 1963. The Rocket, which has 26 seats, showed films of space voyages while the chassis “rocked” its viewers to outer space.

After Astroland closed in 2008, park owners Carol and Jerry Albert donated the Rocket to the City of New York, which promised to make it a centerpiece of the new Coney Island. In 2014, the Coney Island History Project and Deno's Wonder Wheel Park teamed up to assume ownership of the Rocket and bring it home, a story chronicled in Charles Denson's film The Rocket Has Landed.. The 18-minute film tells the history of the Astroland Rocket and its journey back to Coney Island after being damaged by Hurricane Sandy while in storage on Staten Island 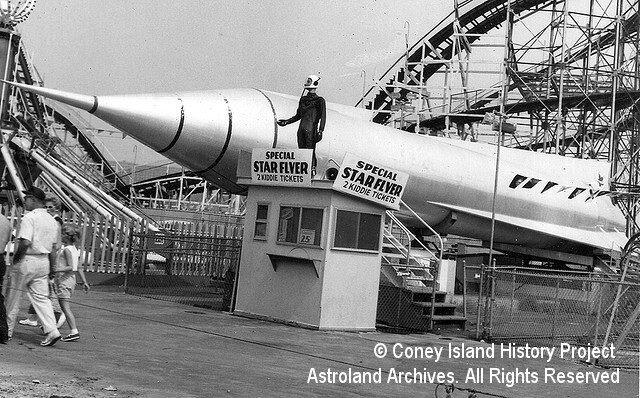 "Outer space simulators have played a prominent role in Coney's amusement history,” says Denson, director of the Coney Island History Project and author of Coney Island: Lost and Found. “It began when Thompson and Dundy brought 'A Trip to the Moon' to Steeplechase Park in 1902 and culminated in 1962, at the height of the space race, with Astroland's Moon Rocket. The ride provided visitors with an exciting taste of intergalactic travel."

World Space Week is an international celebration of science and technology, and their contribution to the betterment of the human condition. The United Nations General Assembly declared in 1999 that World Space Week will be held each year from October 4-10. These dates commemorate the October 4, 1957 launch of the first human-made Earth satellite, Sputnik 1, which opened the way for space exploration and the October 10, 1967 signing of the Treaty on Principles Governing the Activites of States in the Exploration and Peaceful Uses of Outer Space, including the Moon and Other Celestial Bodies. 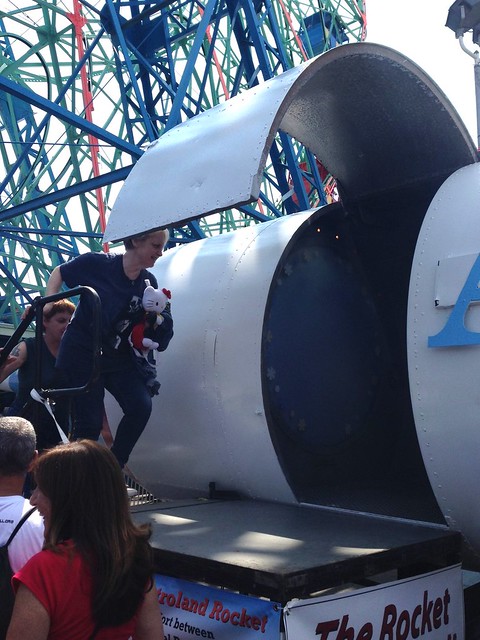 NEW in the Coney Island History Project #OralHistory Archive: Ansen Tang, ED of the United Chinese Association of B… https://t.co/c9Z6o7HM5T
3 days 5 hours ago