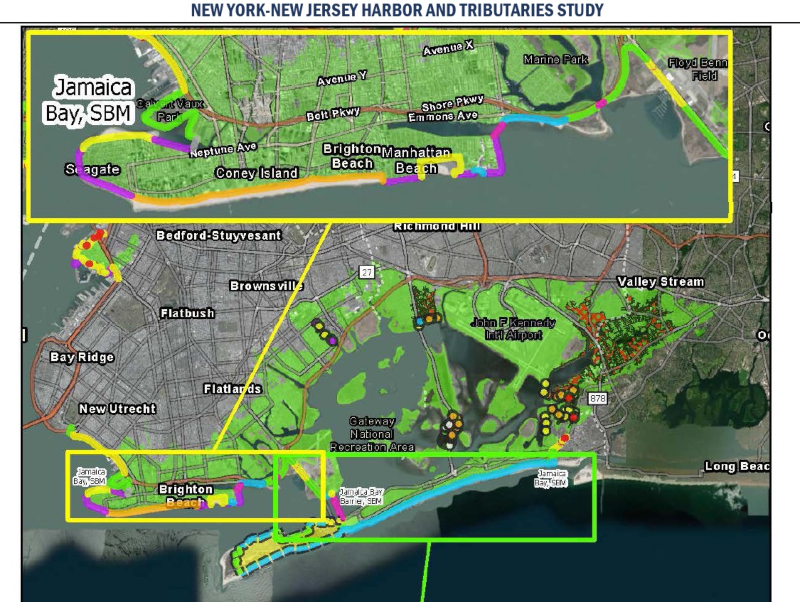 The New York Harbor Coastal Resiliency Plan by the Army Corps of Engineers went live on their website on September 26, and it's a shocker. The proposed $52 billion plan for New York and parts of New Jersey will have extreme consequences for Coney Island and the surrounding shorefront communities and gives no guarantees that any of the projects will work.

At first glance the plan seems to favor mechanical flood control rather than proven natural means such as raised living shorelines and restored marshes. There are no details provided about the mechanical "storm surge gate" on Coney Island Creek, the "elevated promenade" on the Coney Island beach, and the "extra large floodwall" at Coney Island Creek Park and Sea Gate. It appears from the report that the Boardwalk would have to be raised five feet above its current height.

If many of the measures proposed in this plan are implemented, they could result in an environmental nightmare for local waterways, provide only marginal protection, and exacerbate flooding.
Will Coney Island be surrounded by towering floodwalls, massive levees, and mechanical floodgates? (The plan is searchable for Coney Island and maps appear on pages 139 and 202.) Make your comments known before the January 6, 2023 deadline. The plan will be finalized in two years, and construction begins in 2030. The only thing for sure is that Coney Island will never be the same. -- Charles Denson

The report can be viewed and downloaded at:
nynjharbor.tribstudy@usace.army.mil Maps: U.S. Army Corps of Engineers New York District">https://www.nan.usace.army.mil/Portals/37/NYNJHATS%20Draft%20Integrated%20Feasibility%20Report%20Tier%201%20EIS.pdf 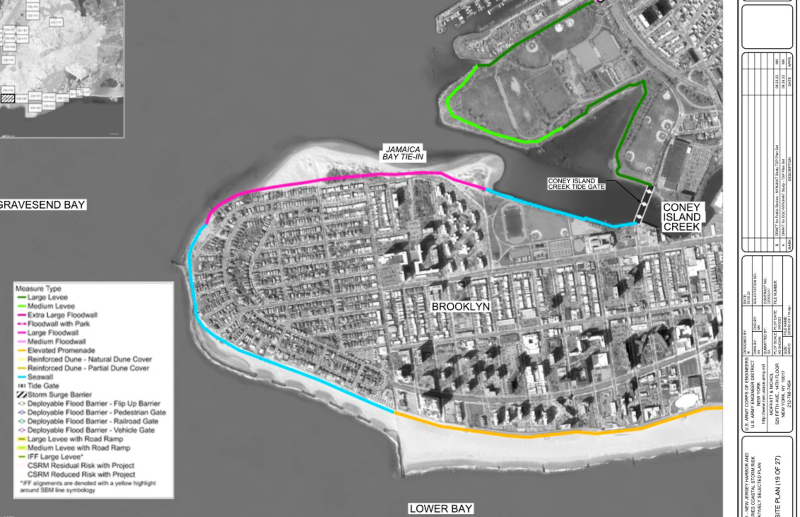 RT @WonderWheelPark: The Cross is now atop Deno's Wonder Wheel and will be lit for the holiday season! This 77-year-old Coney Island tradit…
6 days 6 hours ago