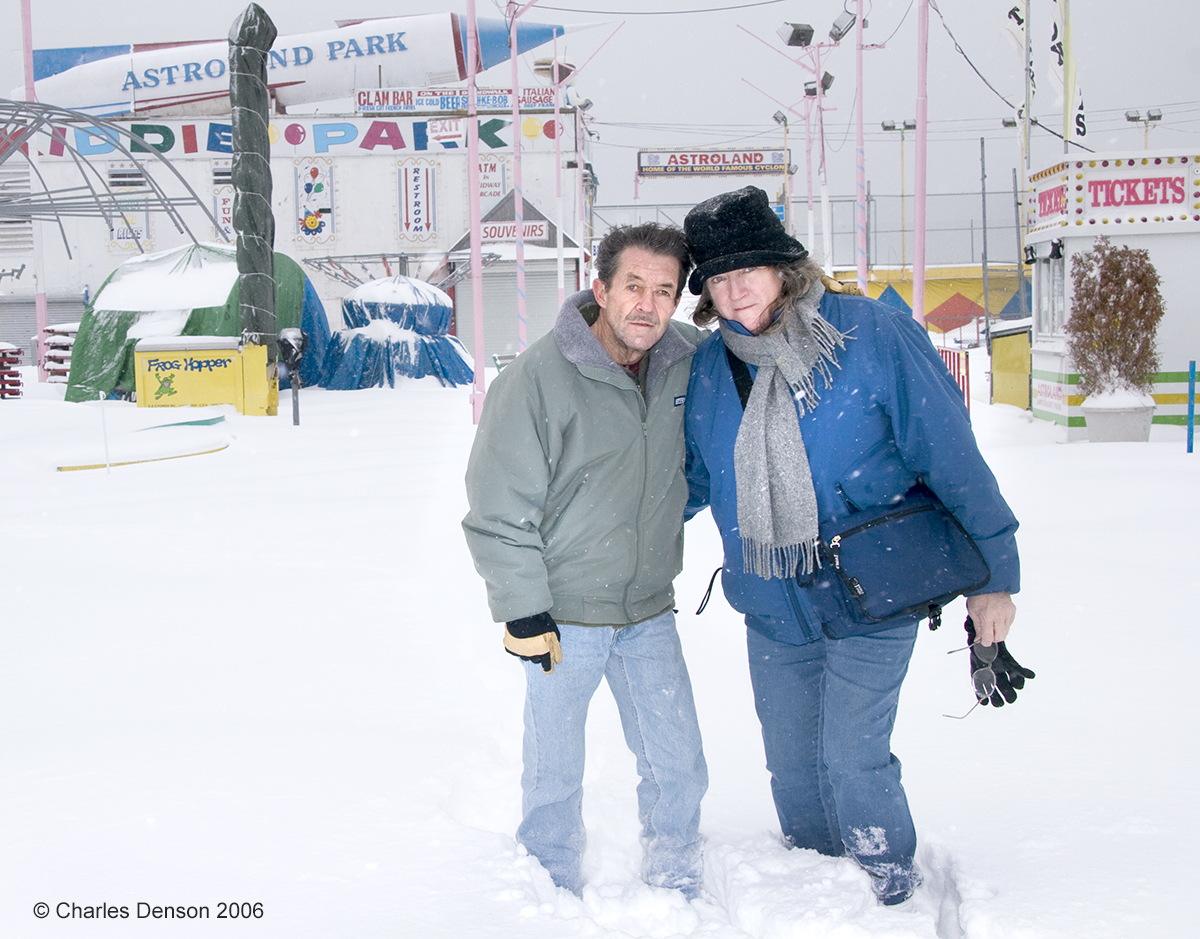 Ruth Magwood, our friend who passed away last week, loved lighthouses. Her house across the street from Coney Island Creek Park was filled with lighthouse photos and books and statues. She loved Coney Island, having lived and worked there for 47 years. Ruthie worked the front office at Astroland Park until it closed in 2008. Her partner, Walter "Shorty" Arsenault, who passed away in 2011, was the long-time manager of Astroland's kiddie park. Her son Indio was a Coney Island sideshow performer before moving to Austria.  Ruthie was a regular at Ruby's and Peggy O’Neal’s, a great storyteller with an ironic sense of humor.  Her other sons and family members lived near her home in Coney Island's West End. During her years at Astroland, Ruthie photographed the park's events and created numerous photo albums that are now part of the Coney Island History Project Archive.

Ruthie always lived near the water and had roots in Gerritsen Beach. She lived all over Coney Island before buying a nice home by the park many years ago. Her health suffered terribly after Hurricane Sandy's storm surge destroyed her house. She rebuilt her home right after the storm but had to move out and rebuild a second time due to new zoning restrictions. The pitfalls of rebuilding and the abject failures of the Build It Back program caused her to lose her life savings.

The constant stress of dealing with endless beauracracy, red tape, and questionable contractors caused heart problems and her health failed. Yet Ruthie carried on as an advocate for the community. Last summer, when it was rumored that the city was planning to move a ferry dock to Kaiser Park rather than West 33rd Street, she spoke out at a protest at the Kaiser Park fishing pier. Poor health didn't stop her from protecting the park as Ruthie cared deeply about her Coney Island community. We will miss her. She was one of a kind. (Her son Adam will announce a memorial service to be held sometime in the future.)

(Since the demonstration last August, it's been found that the Kaiser Park location requires dredging that will release toxic materials into Coney Island Creek. See link.)
www.gothamgazette.com/opinion/9205-we-want-a-ferry-for-coney-island-but-...

Times flies when you're having fun in Coney Island 🎢 #Throwback to the Cyclone Roller Coaster's #50th birthday in 1… https://t.co/7lsEjPFDcp
4 days 8 hours ago