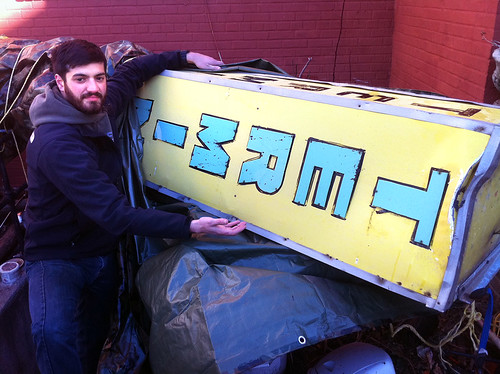 Many people have expressed their dismay over the tragic loss of the historic Terminal Hotel, a beautiful building located on one of Coney Island's busiest intersections. We're happy to report the Coney Island History Project was able to salvage the Terminal Hotel's sign thanks to a coordinated effort by CIHP volunteers Daniel Ioannou and Keith Suber, and CIHP director Charles Denson. After remaining in close contact with the building's owner and the demolition contractor, we were able to retrieve the sign shortly after the fire department completed their investigation.

The Terminal Hotel site has now been cleared and the sign exists as the last remnant of the historic structure that was gutted in a spectacular multi-alarm fire on December 18th. It joins the Coney Island History Project's collection of signage from Astroland, the Playland Arcade, Steeplechase and other vanished places in Coney Island.

The one-hundred-and-ten-year-old Terminal Hotel on the corner of Mermaid and Stillwell Avenues operated as a hotel until the 1970s. The upper floors were abandoned and boarded up after it closed. A series of restaurants occupied the first floor over the years, and the new Food Center and Turkish Restaurant that recently opened on the ground floor after Hurricane Sandy were part of a much needed revival of the area and will be missed. 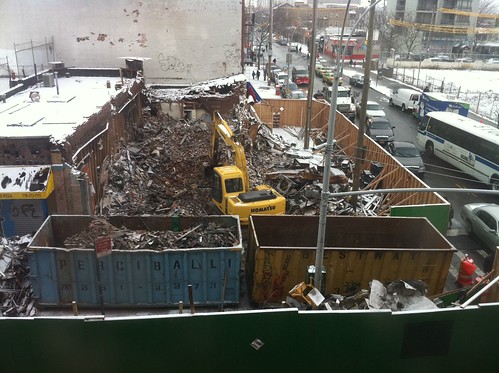 NEW in the Coney Island History Project #OralHistory Archive: Ansen Tang, ED of the United Chinese Association of B… https://t.co/c9Z6o7HM5T
3 days 8 hours ago