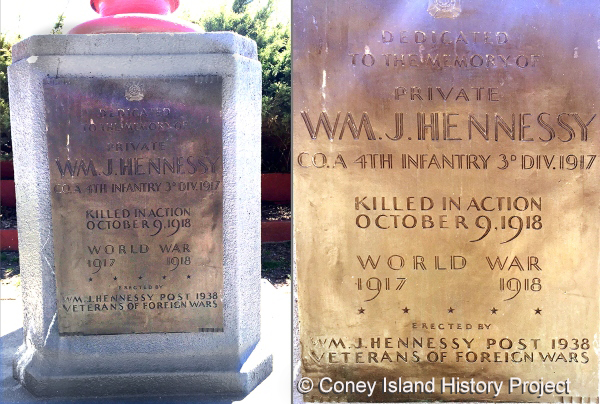 Today, on Veterans Day, we honor and remember those who served. There are two important veterans monuments in Coney Island that few people know about. In Asser Levy Park (Seaside Park) at Surf Avenue and Ocean Parkway sits a stone monument with brass plaques made from the the USS Maine, the battleship that sank in Havana Harbor in 1898, contributing to the outbreak of the Spanish–American War. The plaque, with President Theodore Roosevelt’s image, commemorates an encampment of Spanish-American War veterans that took place at that site in Coney Island from July 6th to 9th, 1924. The plaque was erected that year by Edward Tilyou and the Coney Island Chamber of Commerce. Across the street from the monument, at the base of a flagpole next to the Boardwalk, is a plaque honoring William J. Hennessy of 3010 West 1st Street in Coney Island, who was killed in action on October 9th, 1918 during World War I. These monuments are easily overlooked, but those who served and gave their lives a century ago should be honored on this day of remembrance. 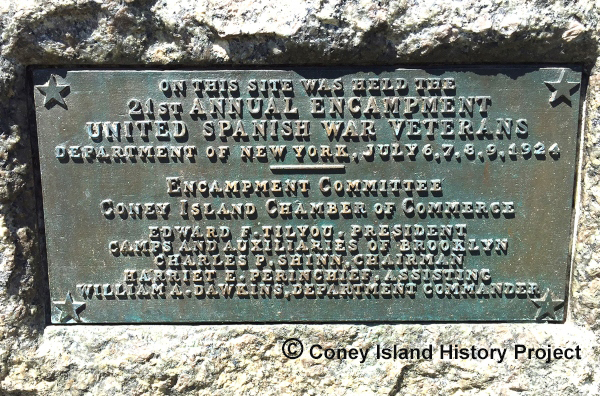 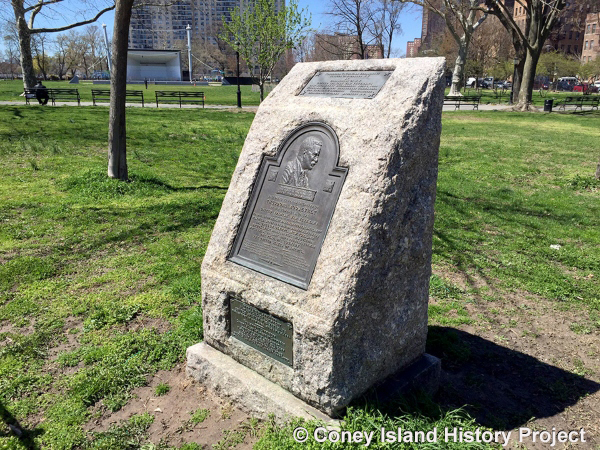