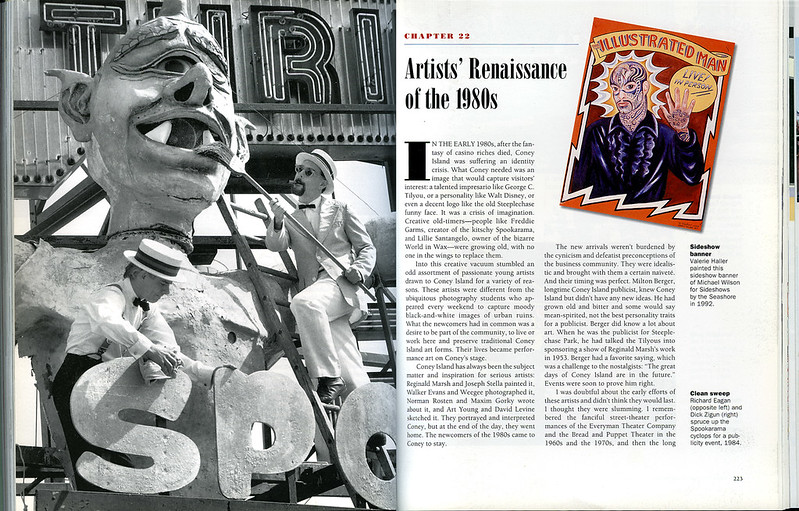 "Boardwalk Renaissance," a new art show based on a chapter in Charles Denson's book, Coney Island Lost and Found, is opening at City Lore Gallery on November 5th. "When I wrote the chapter about the "Artists' Renaissance of the 1980s" I wanted to pay homage to the arts groups that kept Coney in the public eye during a low point in the 1980s," Charles Denson said. " I was especially drawn to what Philomena Marano and Richard Eagan were creating with the Coney Island Hysterical Society and their Spookhouse exhibit in the old Dragon's Cave on the Bowery. I felt that their creative efforts should be recognized as an important part of Coney 's history."

Steve Zeitlin, Executive Director of City Lore and an early participant in Coney Island USA events in the 1980s, met with Marano, Eagan and Denson last summer and they planned an exhibit that would illuminate the artistic and preservationist activities of the artists who found a home in Coney Island during a tumultuous decade. "Some of the artwork displayed in my book can be seen in this exhibit," Denson said, "As Coney Island becomes more corporate it's important to remember what was accomplished in the past by committed and talented individuals working on a small scale. They made a huge difference." 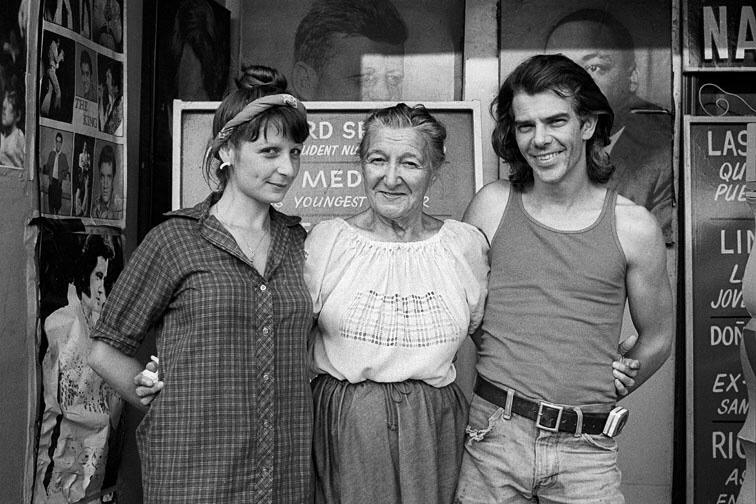 Times flies when you're having fun in Coney Island 🎢 #Throwback to the Cyclone Roller Coaster's #50th birthday in 1… https://t.co/7lsEjPFDcp
3 days 1 hour ago