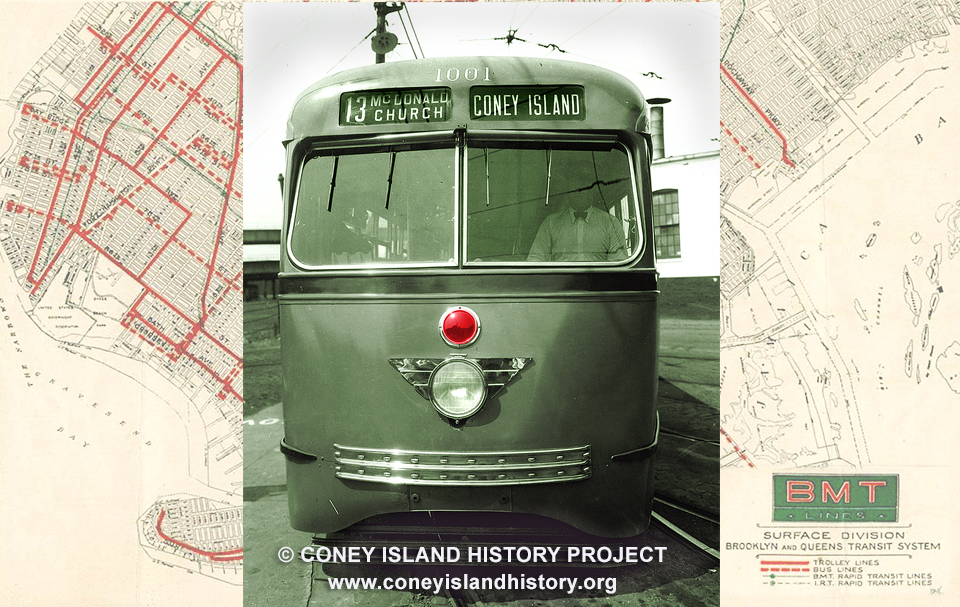 A piece of Coney Island transit history unexpectedly reappeared recently when Surf Avenue's old trolley tracks were unearthed and removed during street construction in front of MCU Park. The tracks had been paved over decades ago after trolley car service was discontinued and replaced by buses in 1946. 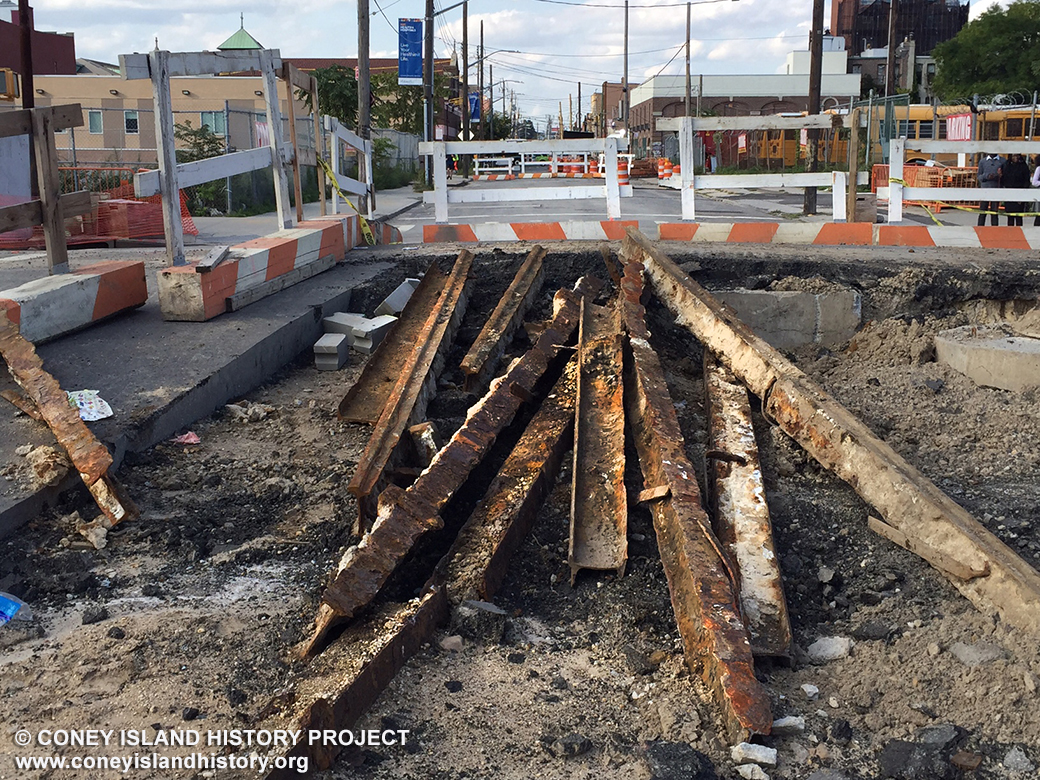 Surf Avenue trolley service began in the 1890s, serving the amusement zone and West End before taking a curve up West 36th Street. There it connected with the Railroad Avenue "Toonerville" trolley line that ran between Mermaid and Surf Avenues and then through Sea Gate to Norton's Point. The rusting tracks brought to light during the excavation were stacked up next to the decaying trolley poles that still line Surf from West 8th Street to West 21st Street, reviving memories of a once popular transit system that died off after World War II.

Coney Island was literally the end of the line for many of Brooklyn's trolley routes. A trolley barn and terminal were located on West 5th Street, across the street from Seaside Park, and Norton's point served as the last stop on the Railroad Avenue line that once connected to the ferry. For many years there was also a spur that terminated inside Steeplechase park at West 17th Street.

Resurrection of streetcar service has been in the news lately with Mayor de Blasio's ambitious plan for a $2.7 billion BQX line, and developer John Catsimatidis's much-hyped but delusional plan to construct a Surf Avenue "trolley" (in reality a jitney bus) connecting his West End high-rises to the Stillwell Avenue subway terminal. Catsimatidis's plan has probably been derailed by the city's recent proposal for a conveniently located ferry terminal a few blocks away.

Whenever a shovel is placed in the sands of Coney Island, a piece of history is uncovered. Many visitors to the History Project have recorded their memories of traveling to Coney Island by nickel trolley when they were young. They say it was a romantic and unforgettable means of arriving at the seashore. These trolley car memories provide nostalgic links to a picturesque form of urban transportation: clanging bells and screeching wheels, rattan seats and rattling floorboards, the rising scent of salt air drifting through open windows as one approached Coney Island while sailing aboard the clunky but beautiful one-eyed machines that once prowled the streets of Brooklyn.

The lumbering buses that replaced the trolleys will never have the same mystique. 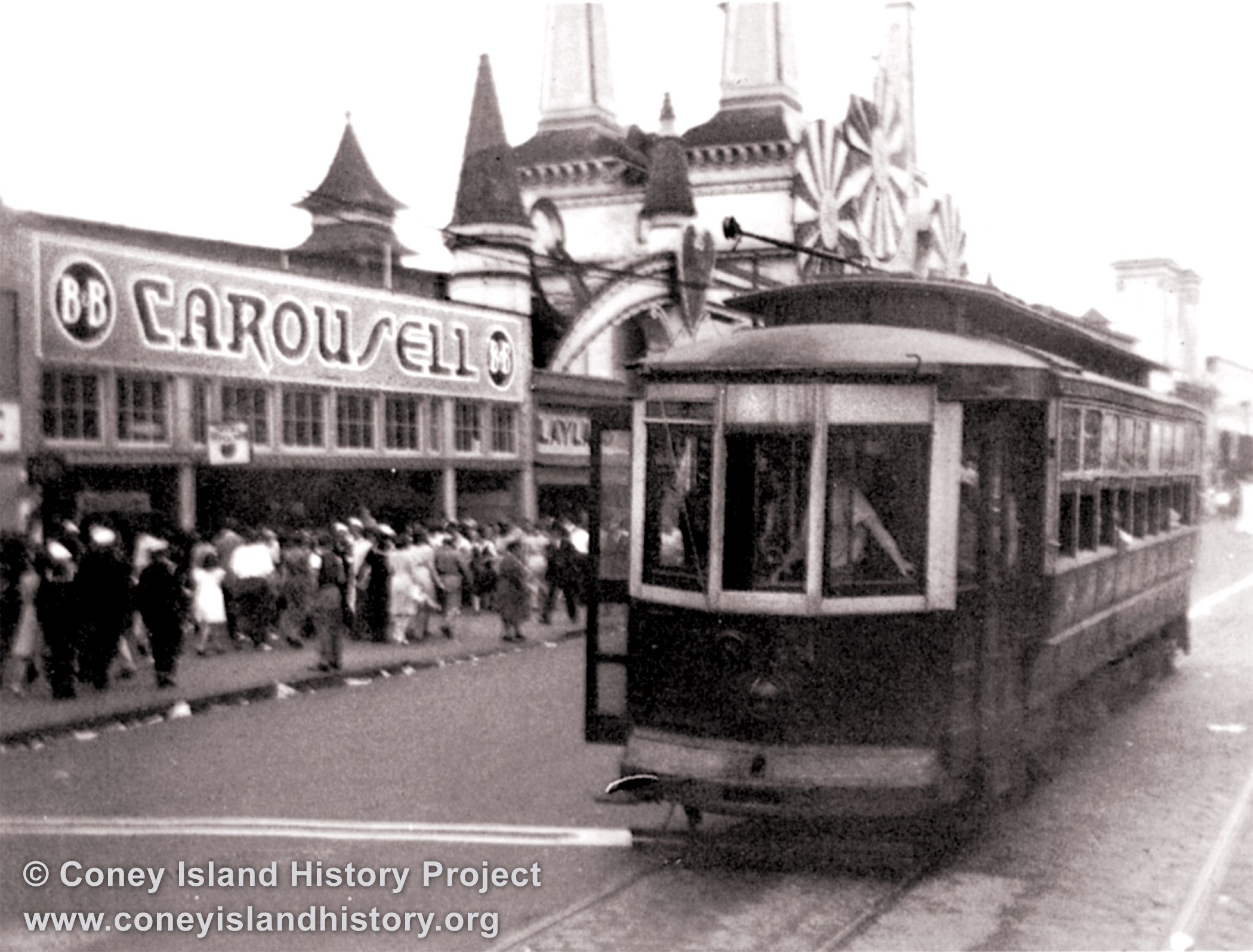 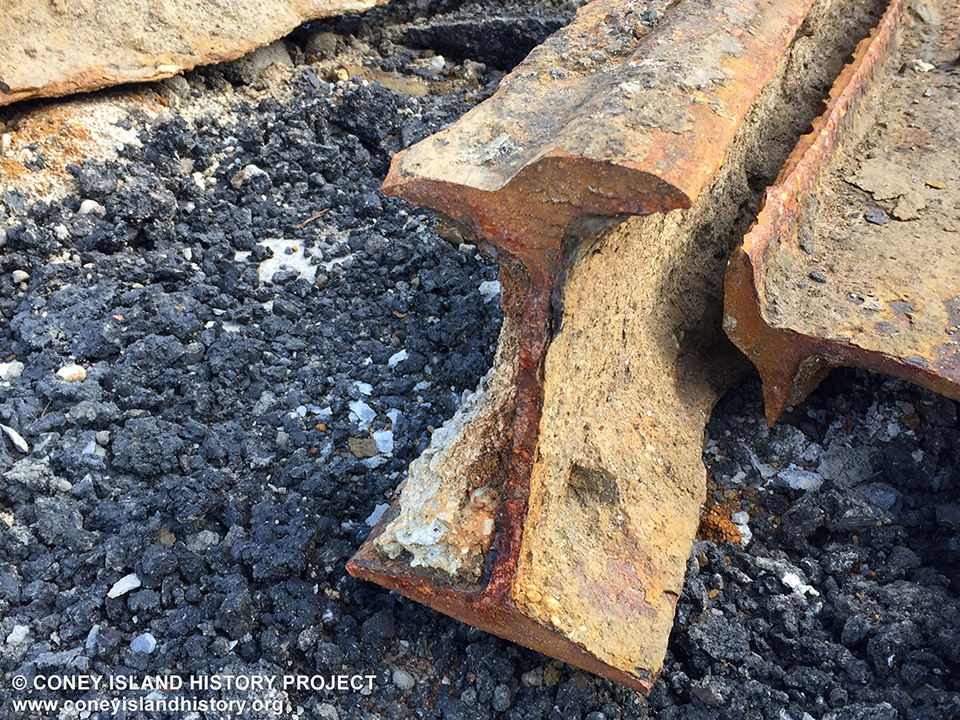 Closeup of the Surf Avenue rails 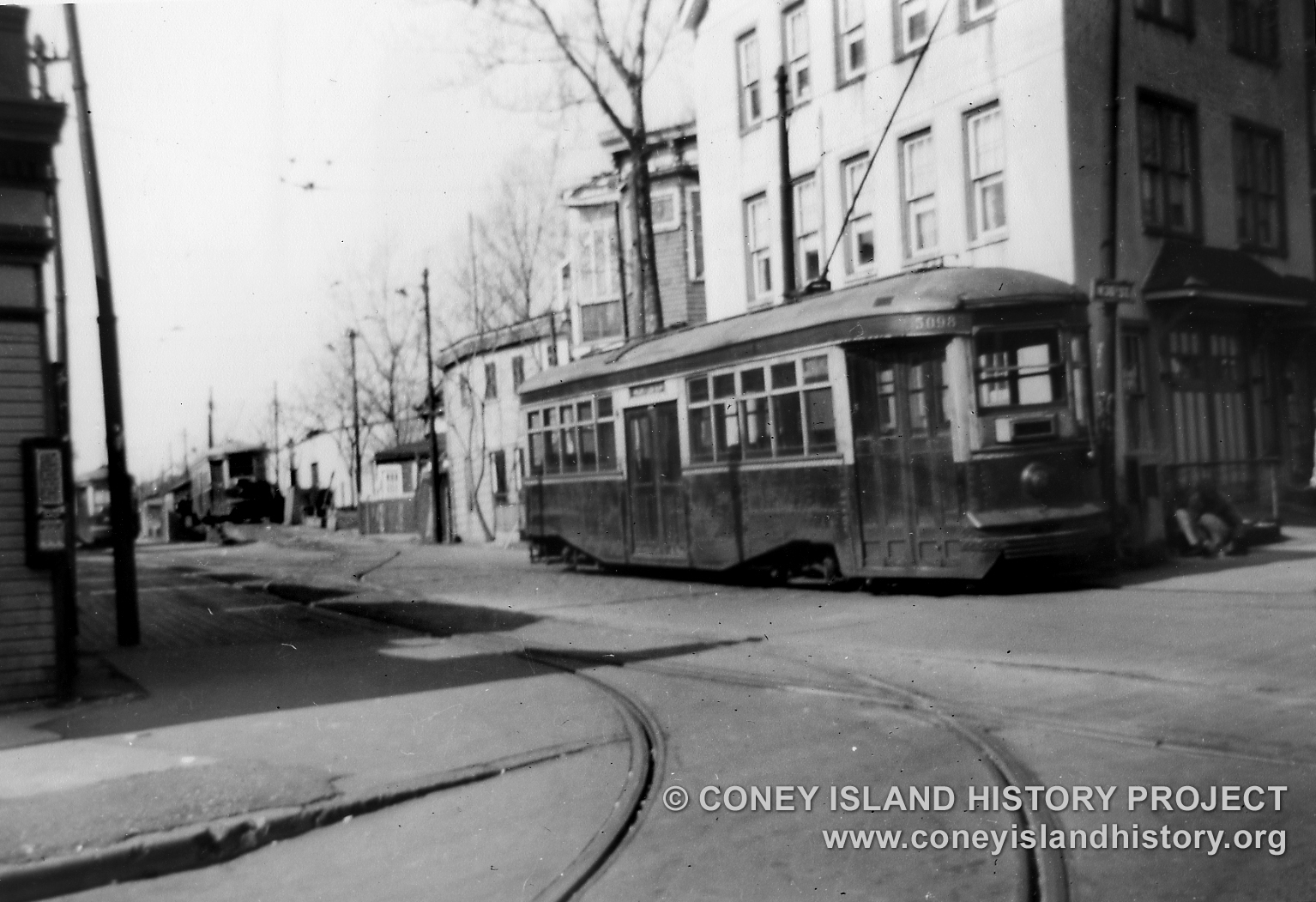 As a child l lived on Surf Ave and 21st. Across from Washington's Baths and down the ave from Ravenhall. I recall the the trolleys rolling down Surf Ave till at least 1955.
.

NEW in the Coney Island History Project #OralHistory Archive: Ansen Tang, ED of the United Chinese Association of B… https://t.co/c9Z6o7HM5T
6 days 15 hours ago