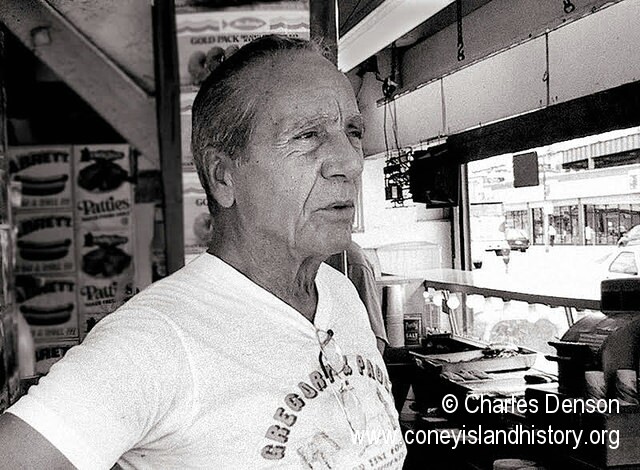 Over the weekend, we were saddened to learn of the death of our friend Gregory Bitetzakis, who passed away unexpectedly on January 17 at the age of 81. Until his retirement in 2009, Gregory co-owned and operated Gregory & Paul’s restaurant in Coney Island with his partner Paul Georgoulakos for more than 50 years.

In a conversation with Charles Denson in the Coney Island History Project’s Oral History Archive, Gregory says that he first came to Coney Island in 1948 and operated food concessions on the Bowery, the Boardwalk and other locations including the former Napoli Seven Seas Restaurant.

The first Gregory & Paul’s, which opened in 1962 at the old Howard Johnson’s on West 8th Street and the Boardwalk, was evicted along with other businesses in 1968 when Rockefeller bought the property and donated it to the New York Aquarium. The restaurant then moved to one of the old Hebrew National Deli locations on the Boardwalk at West 15th Street behind the Thunderbolt. They were there from 1969 through 1979. Gregory said the building burned to the ground on a frigid winter night when the wind chill was 49 below zero.

Opened in 1970, Gregory and Paul’s most popular location was on the Boardwalk at West 10th Street and featured the Astroland Rocket on the roof of the store until the park closed in 2008. The Boardwalk store remains open as Paul’s Daughter with Paul and his daughter Tina in charge.

Gregory & Paul's on West 10th Street opposite the Cyclone opened in 1976 and was the one where Gregory could be found behind the counter until he closed it and retired to Florida in 2009. In one of the amusing anecdotes that turned up in our oral history interviews with visitors to Coney Island, the "Franks" sign - short for frankfurters - on the Surf Avenue side of the building led to one longtime patron referring to Gregory as "Frank" for decades.

Gregory was predeceased by his son Steve Bitetzakis, who learned the family business from his father and operated Steve’s Grill House on the Coney Island Boardwalk from 1993 to 2011. 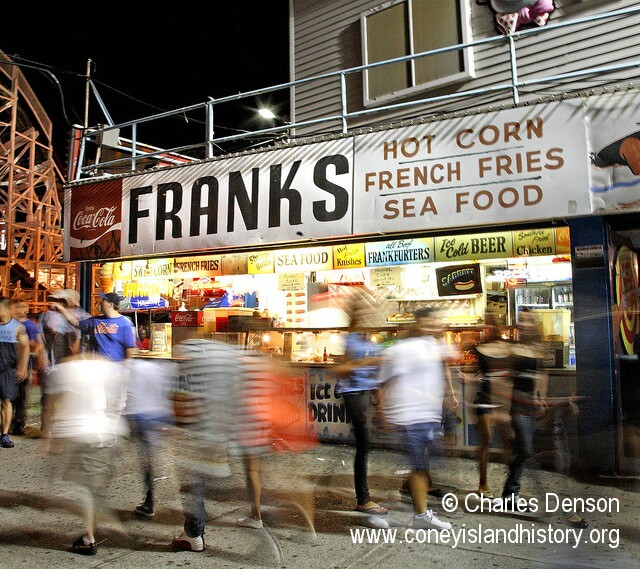