Growing Up in the 2000s: Coney Island Stories Podcast 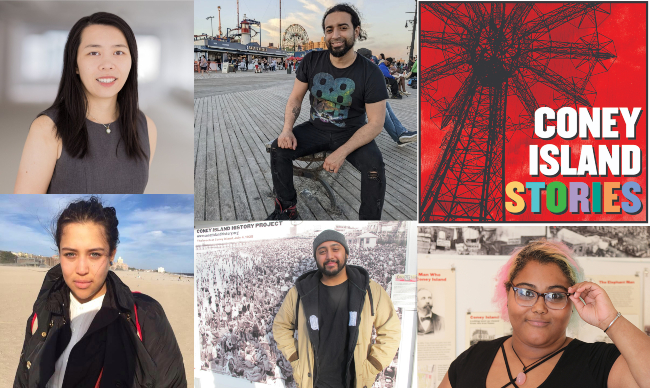 "Growing Up in the 2000s," the new episode of Coney Island Stories, has dropped. Listen and subscribe via your podcast app or the podcast page on our website.

Season Two’s theme is “Growing Up in Coney Island” through the decades, from the 1930s to the 21st century. In Episode Eight, the final episode of this season, we’re sharing the stories of narrators who grew up in Coney Island or came here from nearby neighborhoods, in the first decade of the 2000s.

The new millennium began with the opening of a thirty million dollar ballpark for a Mets farm team on the site of Steeplechase Park. A contest was held to name the new team and the Brooklyn Cyclones was the winning name. Whenever the Cyclones won a home game, Astroland’s Cyclone roller coaster enjoyed a surge of business.

Soon after Mayor Michael Bloomberg took office in 2002, he set his sights on Coney Island. He envisioned world-class attractions and hotels surrounded by high-rise residential development on vacant amusement land. The objective was to make Coney Island into a year-round recreational oceanfront destination by rezoning it. The ensuing zoning battle kept Coney in the headlines for the next six years, as speculators bought and sold land, and preservationists and stakeholders offered alternative visions for the future of the “People’s Playground.”