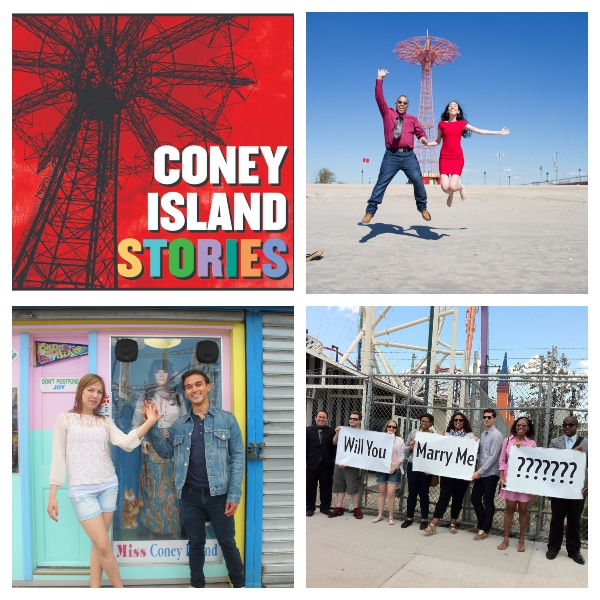 "Love and Marriage," the new episode of Coney Island Stories, has dropped! Listen and subscribe via Apple, Spotify, or wherever you get your podcasts. Episode 9 shares stories of couples who met, got engaged or married in Coney Island, all taken from the History Project’s Oral History Archive. Visitors to our exhibition center often tell us that they or their parents or grandparents met or had their first date in Coney Island. Over the years, we’ve witnessed marriage proposals on Deno’s Wonder Wheel and weddings and wedding party rides on the Cyclone roller coaster.

May 24: @FrontusforNY and others will provide updates on the Coney Island Ferry and Creek-related news. #DYK the Ci… https://t.co/lJMPfZTufH
2 days 16 hours ago