The Secret Mermaids of Mermaid Avenue 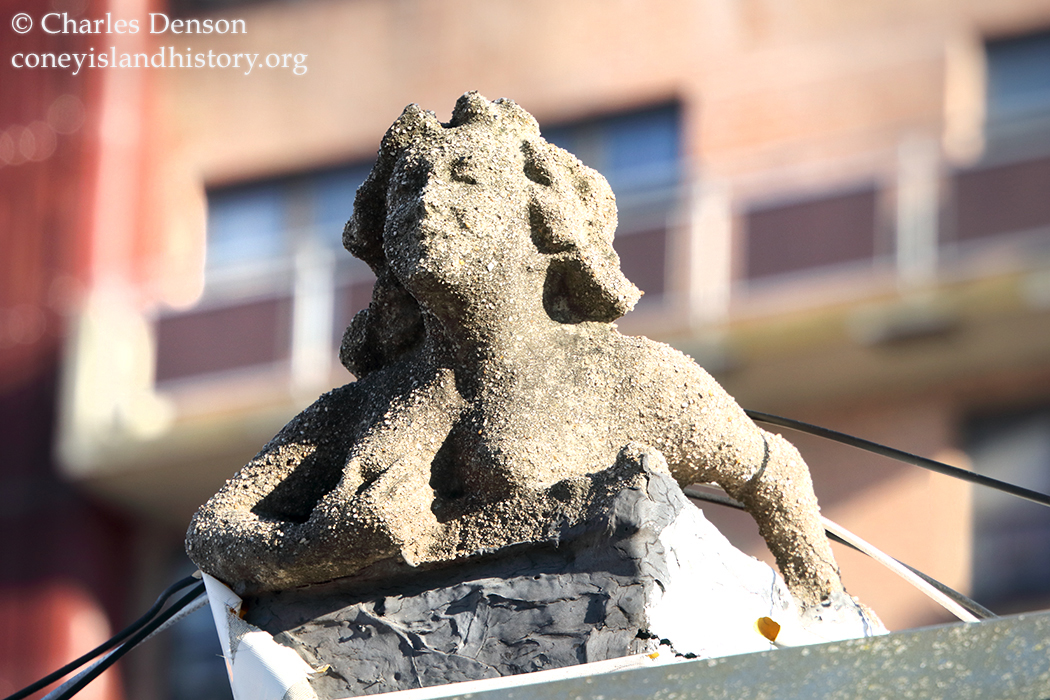 Woody Guthrie's 1950 song "Mermaid's Avenue" suggests that there's never been a mermaid on Mermaid Avenue, or at least that he's never seen one:

But Woody was mistaken. Just a few blocks from his home on Mermaid Avenue six stone mermaids could be found peering down from the roof of a one-story brick retail building, keeping watch over their namesake avenue. I remember the mermaids well from my childhood. At that time Mermaid Avenue was still a major shopping district with a lot of interesting architecture, but most of the buildings would be lost to urban renewal in the 1970s.

The History Project recently received a request asking if the mermaids were still there:

"I remember a building on Mermaid Avenue on the southwest corner, and it was a one story commercial building.  The facade was a series of mermaid busts that ran along the building just below the roofline. What was interesting about these mermaids was that they were bare breasted, and they were all pinching their right nipples. My question is, would you know if there was any significance to the mermaids' pose, and is it possible that there are any photos of the building available."

Yes, the mermaids are still there! A little weathered and partially covered by signs and wiring, they still watch over the street that Guthrie once called home. All but one has lost her tail and, as far as the unusual pose, perhaps they are just a little bit shy and are trying to cover up. Here are some recent photos of the sculptures. We won't reveal the location as it's more fun to discover them on your own. 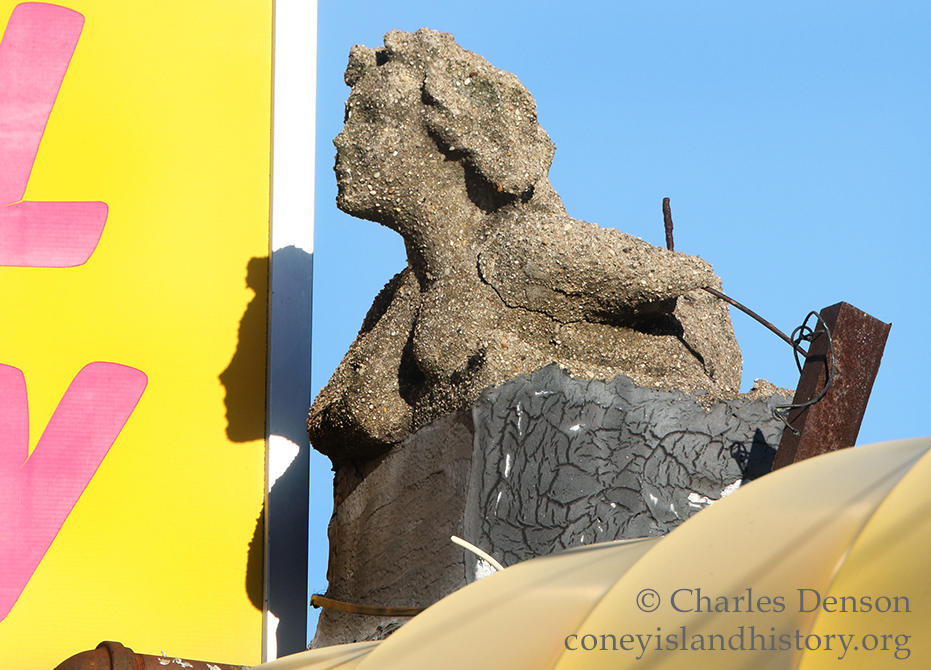 A beautiful mermaid above a beauty shop on Mermaid Avenue. 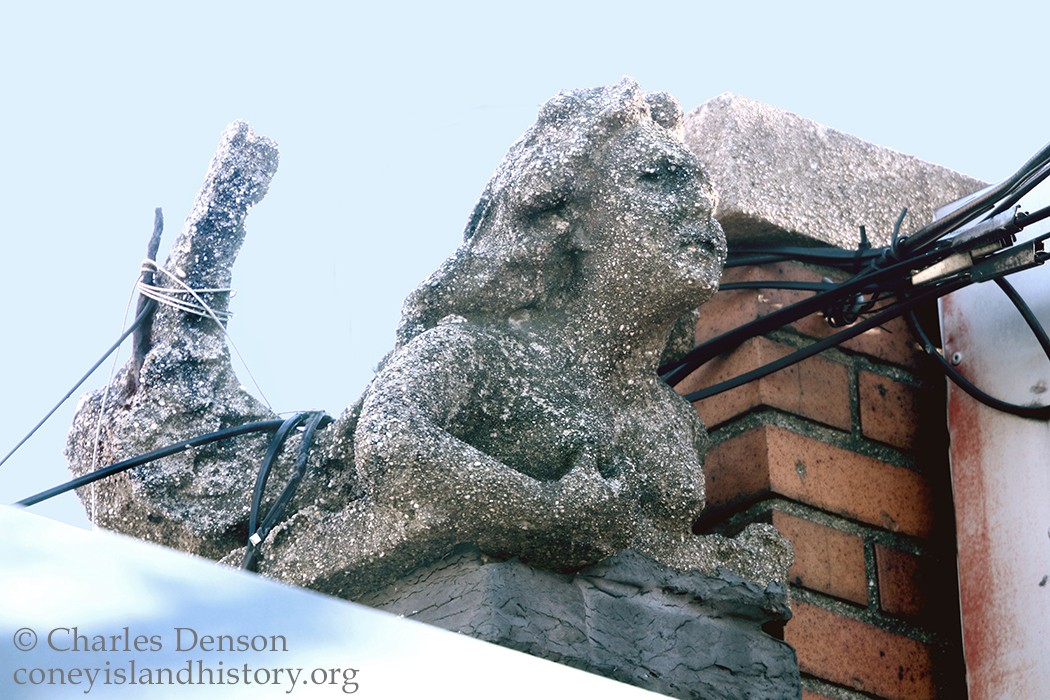 The only Mermaid Avenue mermaid that still has her tail. 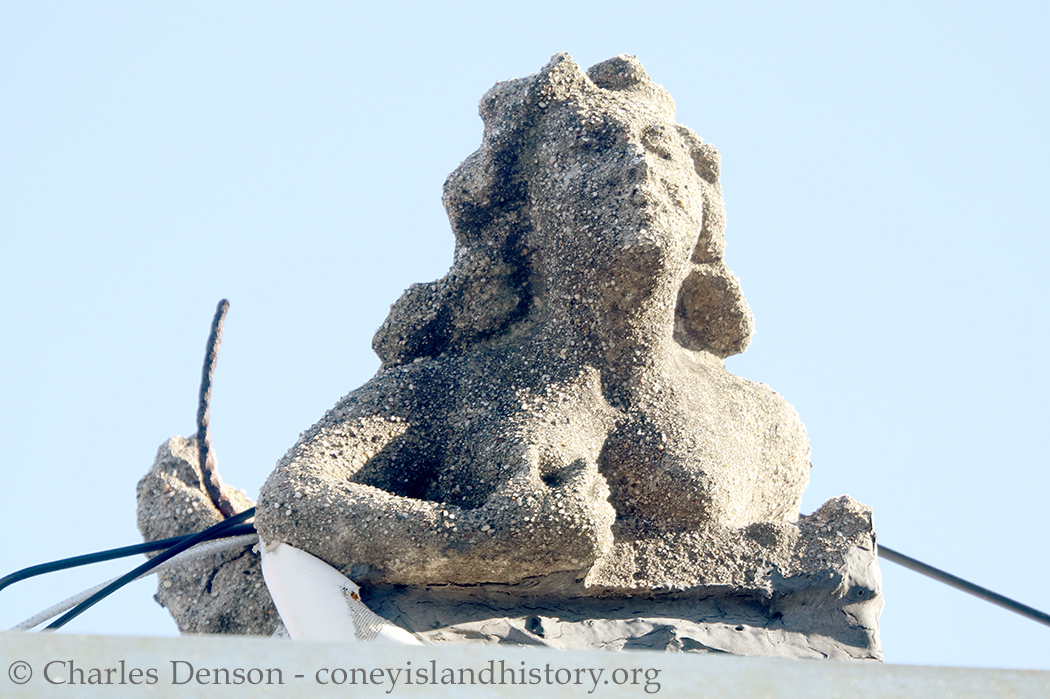 A mermaid strikes a pose on Mermaid Avenue.

RT @WonderWheelPark: The Cross is now atop Deno's Wonder Wheel and will be lit for the holiday season! This 77-year-old Coney Island tradit…
6 days 4 hours ago