As we near the end of 2022, the Coney Island History Project pays tribute to four Brooklynites that we lost this year who recorded their stories for our oral history archive: Charles Berkman, Sheldon Krimsky, Joe Lazzaro, and Aldo Mancusi. Their stories captivated, inspired and informed us and they will never be forgotten. 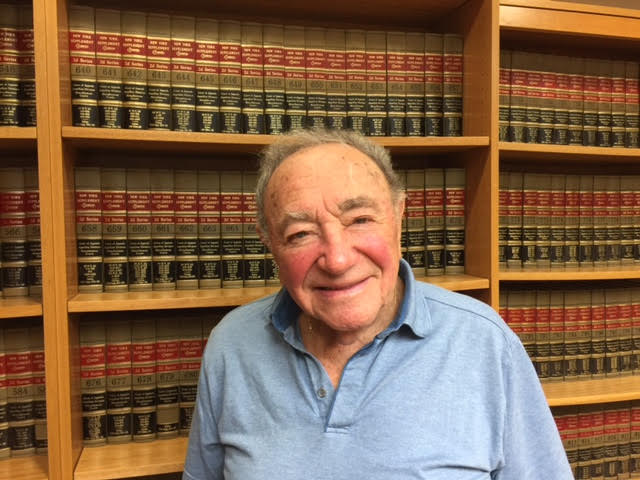 “I was named for an uncle in Poland and Jews couldn't be lawyers then. Jews couldn't go to college in Poland. The one who I was named for practiced with other lawyers and helped other lawyers who practiced law. I heard about him all my life, like a lawyer, although he wasn't a licensed lawyer. I was going nights to Brooklyn College. So there was a girl and this girl was from the neighborhood. So I would drive her home. We became very friendly. And at one point she says, you know, Charlie, two of your classmates are going to law school. Instead of just graduating Brooklyn College why don't you think about that? And I thought it was a good idea. I thought about it a little bit all my life because I was named for this uncle who was practicing law without a license in Poland.” – Charles Berkman

Charles Berkman grew up in Coney Island during the Great Depression, the youngest of nine children of an orphan immigrant from Poland, who he describes as “the hardest worker I’ve ever known.” In his oral history, Berkman remembers helping his father peddle fruit on Mermaid Avenue from the age of 6.  As a teenager, he had summer jobs in the amusement area making waffles and setting up the milk bottles in a ball game. He graduated from Brooklyn College – at the time tuition-free -- and then from Brooklyn Law School. Taking a page from his father, who was always self-employed, Berkman hung out his shingle on Mermaid Avenue and represented his neighbors in Coney Island before going on to establish his own law firm in downtown Brooklyn. After 55 years practicing law, he gave the family firm, The Berkman Law Office, to his daughter Marna, who continues it today. 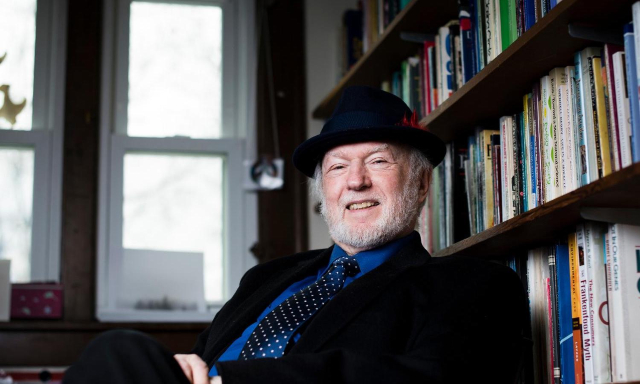 “The other thing that comes to mind was street class. It's very unusual, but some older kid, mostly a guy, I think, would get a group of kids and say, Hey, you kids want to learn something. We're going to run classes on the street. So we would all gather and this guy would teach us something on the street, would go over things. Mathematics. Social Studies. History. A few things like that. For some reason or other after we played stickball, we would go to these street classes and there were people who just wanted to teach. That was part of their, I don't know, their DNA or something. So this was something that I remember very clearly.” – Sheldon Krimsky

Sheldon Krimsky and his family lived at 2995 West 29th Street in Coney Island from the time he was four until he graduated from college. In his oral history, he shares memories of playing street games, publishing a newspaper with his classmates at Mark Twain Junior High, and working as a cashier at the corner pharmacy at age 13. A guidance counselor told him about the test for Stuyvesant High School and he spent the next four years commuting from Coney Island to Manhattan. In later years, when he returned to look for his boyhood home, it was gone. Urban renewal had resulted in the demolition of thirty square blocks in the West End. Sheldon Krimsky was Professor of Urban and Environmental Policy and Planning at Tufts University for 47 years. “He delved into numerous scientific fields — stem-cell research, genetic modification of food and DNA privacy among them — and sought to pinpoint the dangers,” according to his obituary in the NY Times. 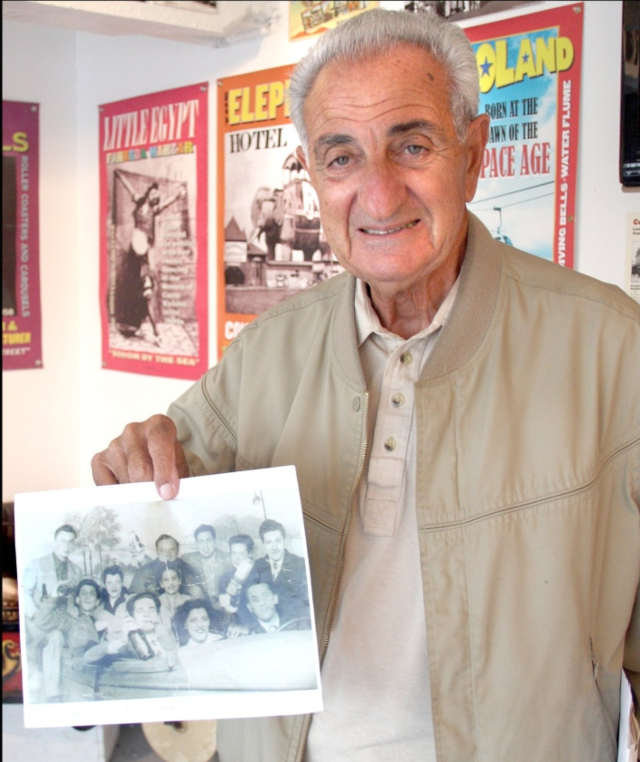 “I came here with my dad when the Municipal Baths was on the beach where the Aquarium is, the front end of the Aquarium. I was a kid then. My dad would take my clothes. He’d go into the Municipal Baths. Pay 10 cents with a basket. Give them my clothes. And then I would dress and undress on the beach cause I was a youngster. That's my early days that I remember. I always swam out to the barrels. They had the barrels. So that's where I learned how to swim, take the ropes out to the barrels. And they claim that since they did away with the barrels, they have less drownings because at the time I didn't know how to swim, but I used to go out to the barrels. All the way out. And then the older boys would step on the ropes. And a few times I took some nice drinks of Coney Island water because I didn't know how to swim.” – Joe Lazzaro

Joe Lazzaro was a member of the Iceberg Athletic Club, a group of Coney Island cold-water-bathing enthusiasts, from 1971 until the club disbanded in 2007. He continued to spend time at the beach every day, often accompanied by his grandchildren. In recent years, he could frequently be found sitting in front of the Childs Restaurant building on the Boardwalk.  In his oral history, Lazzaro remembers the history of the club, its members, and the positive effects of cold-water swimming. He also recalls riding the Parachute Jump in two different locations - first as a child at the World's Fair in 1939, and then as an adult in Coney Island. 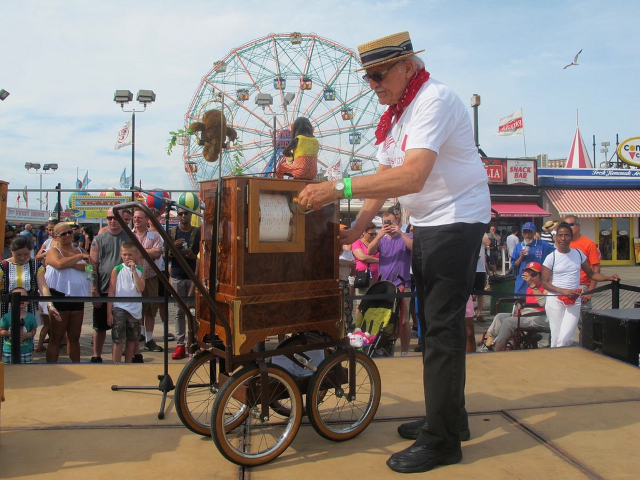 “When we wound up in Coney Island, of course my mother made food enough for all of us. You know, we were very well taken care of as far as food is concerned but whenever we passed Nathan's, there was a tug on my father's coat. And I would say to him, "Papa…. Frankfurter!" I spoke in Italian, my first language. And so I said, I want a frankfurter. And he would give me a slap in the back of the head. And he'd say in Italian: “Walk. Walk and keep quiet.” But I didn't know why he refused me a hot dog. They were only a nickel. But you see later on, he said to me, my dear son, in my little purse--- the one that snapped shut, the old leather purses that men used to carry--he had just enough in there to get us there and get us home. We had no extra for coffee or a bottle of soda or a Nathan's hot dog. But I got even with him because now every time I pass by I stop and get at least two.” – Aldo Mancusi

Commendatore Aldo Mancusi, the founder of the Enrico Caruso Museum of America, brought his Hofbauer street organ from the museum to our Coney Island History Day celebrations in 2015 and 2016. In his oral history, Mancusi shares stories of growing up in an Italian immigrant family in Brooklyn, family outings to Coney Island as a boy, the effect that the Depression had on his father's job making designer shoes for I. Miller, and the expense of taking a date to Coney as a teen. His interest in Enrico Caruso began with his father's record collection and grew as a result of his friendship with Michael Sisca, who bequeathed his Caruso collection to Mancusi with the idea that he start a museum. Located in the Homecrest section of Southern Brooklyn, the museum was founded in 1987.

NEW in the Coney Island History Project #OralHistory Archive: Ansen Tang, ED of the United Chinese Association of B… https://t.co/c9Z6o7HM5T
11 hours 5 min ago