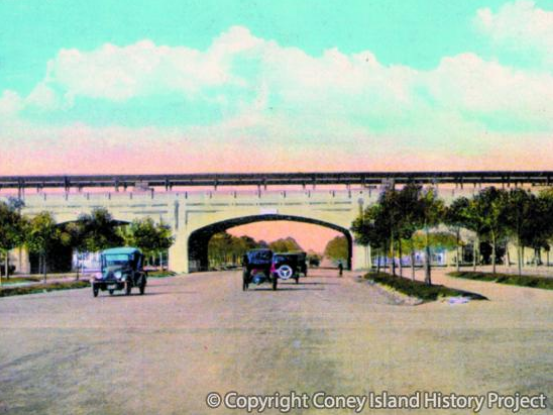 Today, January 28, in 1975, Brooklyn's Ocean Parkway, the first road of its kind in the U.S., was designated a NYC Scenic Landmark by the NYC Landmarks Preservation Commission. Designed by Frederick Law Olmsted and Calvert Vaux , who coined the word 'parkway,' Ocean Parkway goes from Prospect Park to Coney Island and established a new concept in road building. "It evolved from an idea expressed by Olmsted and Vaux in their 1866 preliminary report to the Park Commissioners of Brooklyn on their plans for Prospect Park. Under the section titled 'Suburban Connections,' they suggested that the shaded 'pleasure' drive on the western side of Prospect Park be extended from the park to the ocean. The road should be 'of a picturesque character...neither very straight nor very level, and should be bordered by a small belt of trees and shrubbery'" (from the LPC's designation report).

#OTD in 1975 #Brooklyn's #OceanParkway, first road of its kind in the US, designated Scenic Landmark by… https://t.co/rqplES7Fy2
19 hours 57 min ago