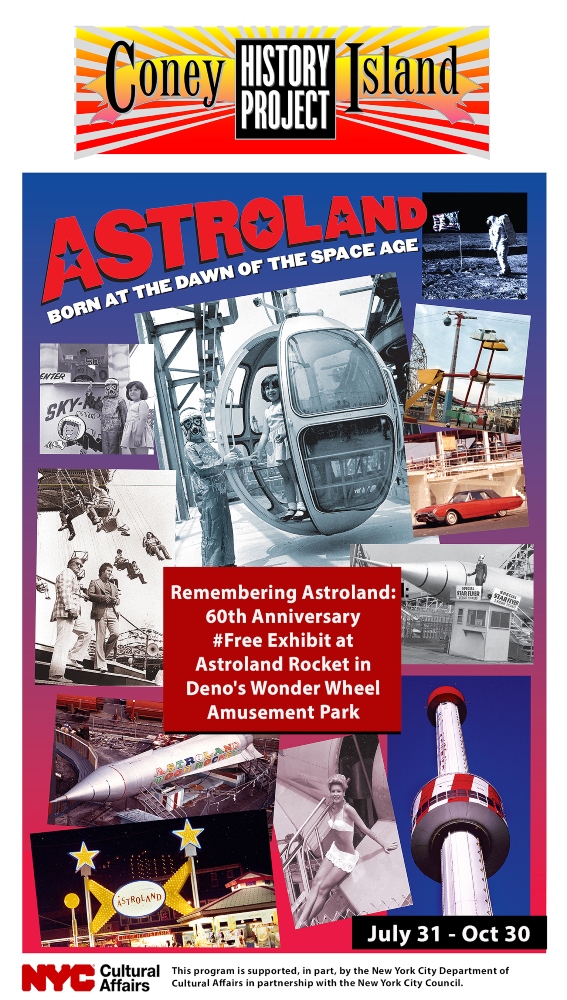 This year marks the 60th anniversary of the opening of Astroland Park, Coney’s space-age attraction that debuted in 1962 at the dawn of the space race. The Coney Island History Project is celebrating the event with a new permanent exhibit of history panels installed in front of the Astroland Moon Rocket located at Deno’s Wonder Wheel Park.  The Rocket is in the lower park, across from the Bumper Cars and adjacent to the Wonder Wheel.

It’s not often that an attraction leaves Coney Island and then returns. The Astroland Rocket was the first ride at Astroland. After it was retired in the 1970s, it was lifted to the roof of Gregory and Paul’s Restaurant on the Boardwalk, and served as an iconic advertisement for the Park. When Astroland closed in 2008, Carol and Jerry Albert, owners of Astroland Park, donated the Rocket to the City, which promised to make it a centerpiece of the new, revitalized amusement and entertainment district.

The old space ship languished in a vacant lot on the shoreline of Staten Island, abandoned, forgotten, and damaged by Hurricane Sandy until rescued by the History Project and Deno’s Wonder Wheel Park. The Vourderis family offered space for the Rocket and History Project founder Carol Albert paid to have it moved back to Coney Island in 2014, where it found a new home and a place of honor beside the landmark Wonder Wheel.

"Outer space simulators have played a prominent role in Coney's amusement history,” said Charles Denson, director of the Coney Island History Project. His 2015 film, The Rocket Has Landed, tells the story of Coney's fascination with intergalactic travel. “It began when Thompson and Dundy brought 'A Trip to the Moon' to Steeplechase Park in 1902 and culminated in 1962, with Astroland's Moon Rocket."

Deno's Wonder Wheel Park is open daily from 12pm until 10pm on weekdays and until 11:30pm on Fridays-Sundays through Labor Day, weather permitting. In September and October, Deno's is open weekends and school holidays. The exhibition is free and on view from July 31 through October 30 during park hours. Hours of operation are subject to change depending on weather conditions. 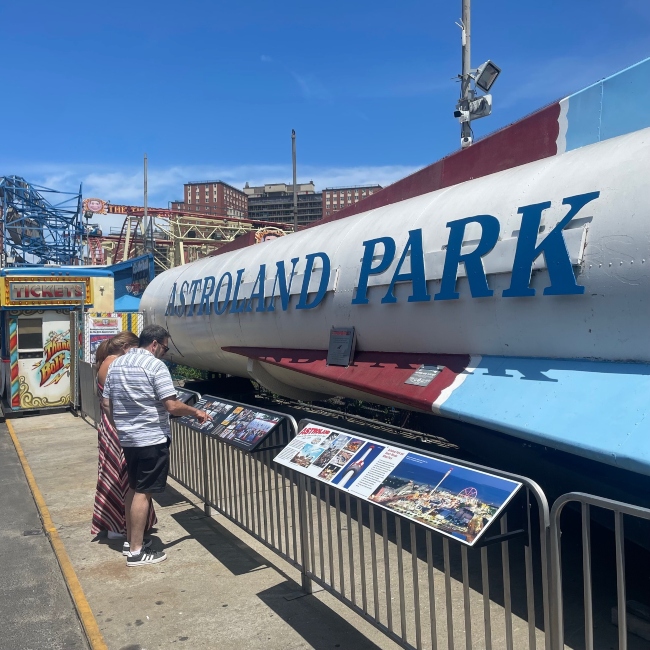 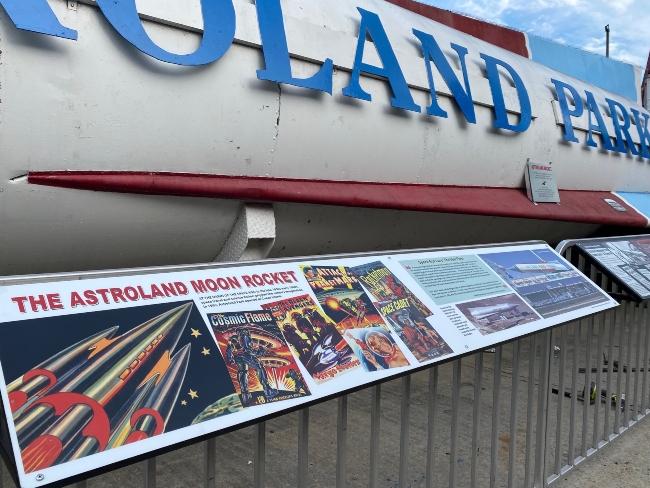 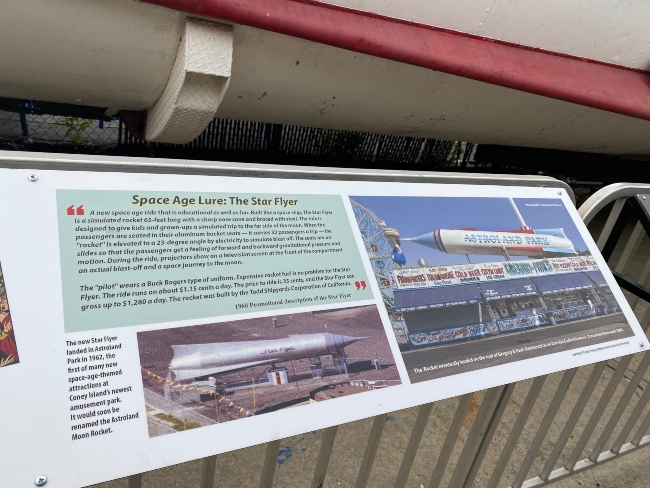 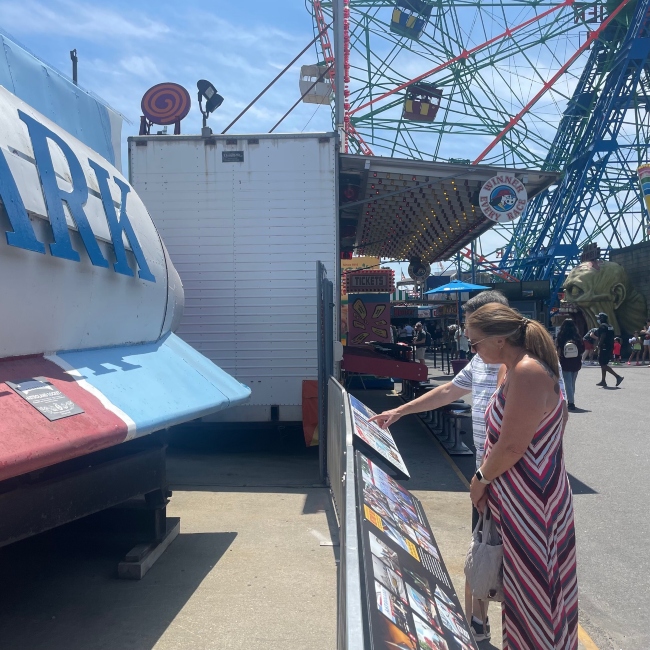