Did You Live in Surfside Houses, O’Dwyer or Carey Gardens in the '70s? 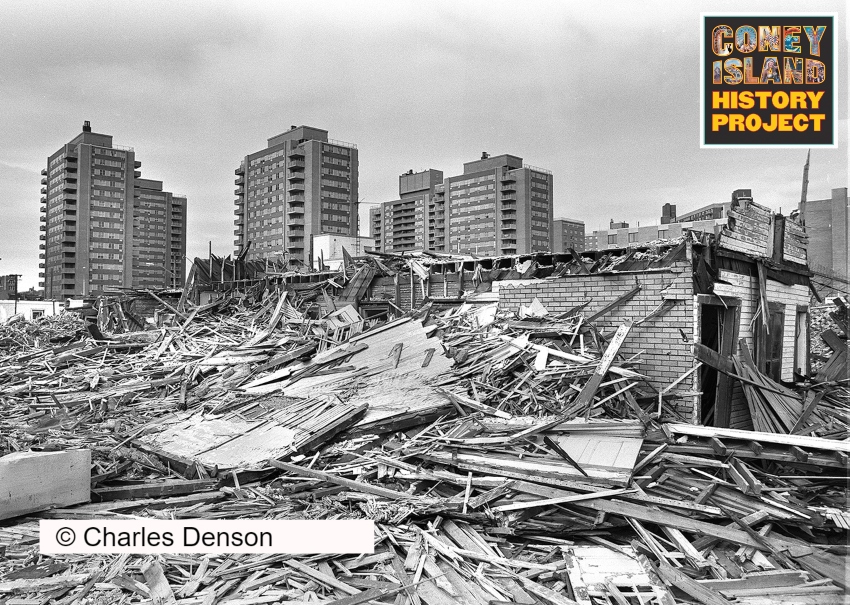 O'Dwyer Gardens and ruins of the demolished bungalow colony on Surf Avenue and West 35th Street. Photo © Charles Denson, 1970. The property was a vacant lot until two years ago when John Catsimatidis' Ocean Drive apartments were constructed on the site.

Were you and your family original tenants of Surfside Houses, O’Dwyer Gardens, Carey Gardens, or Unity Towers in the 1970s? We'd like to record your memories for the Coney Island History Project's Oral History Archive and the "Growing Up in the 1970s" episode of our Coney Island Stories podcast. These NYCHA apartment complexes opened in 1969 (O’Dwyer and Surfside), 1970 (Carey Gardens), and 1973 (Unity Towers).

We are working on scripts for future episodes about growing up in the 1980s, 1990s, and the first decade of the 2000s. If you were a child or teenager growing up in Coney Island during those years, we’re also interested in recording your memories.

Growing up in Coney Island

I grew up in Coney Island Projects ( moved from Sea Gate in1956). I attended nusery school on 31st and later in Gravesend Projects ( 1954 to 1956. Attended Yeshiva Share Zedek for 1st through 4th grade. Later bused out to PS205. Moved to Brightwater Towers in 1965. Attended Lincoln HS 1964-67. Ran track and played baseball in Kaiser Park. Worked all over the amusement area and also for the Parks Dept. As a criminal defense lawyer I represented some of Coney Island's more notorious residents

Growing up in Coney Island

Moved into Gravesend projects in 1953 when I was 3 years old, had the best childhood anyone could ask for. In 1969 moved into O'Dwyer Gardens, just 1 1/2 blocks away, another beautiful place to live, new friends, new neighbors. In 1970 I got married & moved into the same building as my parents. Coney Island was the best place to grow up, learned from early age the different cultures of family by going to friends homes, eating different food, seeing how people from different cultures lived & communicated, different from my family. Also raised 2 sons there, who also became good adults in this beautiful community.

Greek music and dance presented by the Coney Island History Project in honor of Denos and Lula Vourderis, the found… https://t.co/AtQ8fFY7f2
12 hours 52 min ago