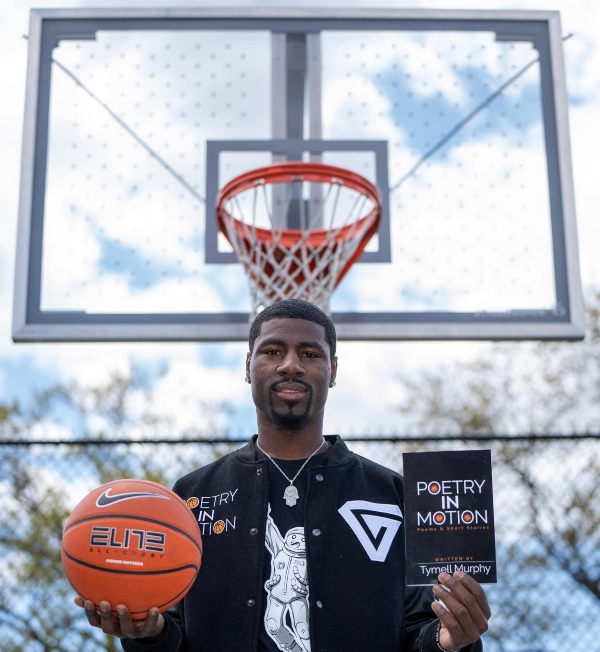 Tymell Murphy is a professional basketball player and the author of a new book, Poetry in Motion: Poems and Stories.  Photo courtesy of Tymell Murphy.

Among the recent additions to the Coney Island History Project's oral history archive are interviews with basketball player and author Tymell Murphy, who grew up in Coney Island, and Australian circus historian and author Mark St Leon whose family performed at the original Luna Park.

Tymell Murphy and his family moved to Coney Island's Surfside Gardens in 2003. He shares boyhood memories of always having a basketball court nearby being a lifesaver and reminder of what he wanted to do. After playing basketball in high school and junior college, Murphy went to FIU in Miami and played for the Florida International Panthers in the NCAA. He went on to play overseas for professional teams in Egypt, Dubai, Mexico, Japan and China. When the pandemic brought sports to a halt in 2020, Murphy returned to the U.S. and used the pause to devote time to creative writing, a passion of his when he was younger. "I never really had a plan to create a book out of it," he says of Poetry in Motion: Poems and Stories, "It just all came together at the right time." 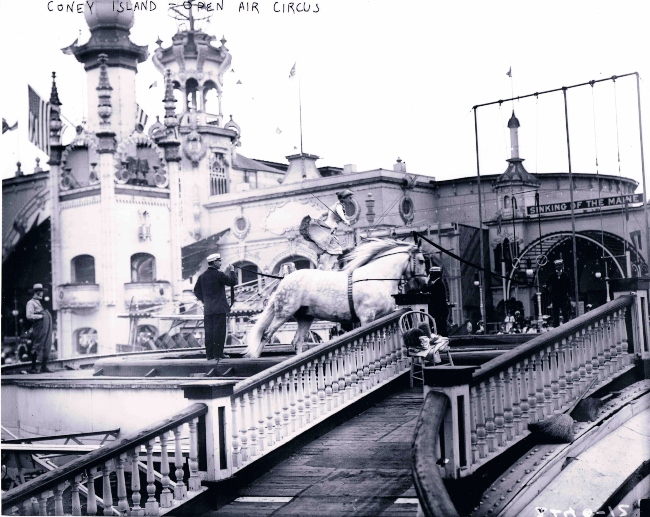 Mark St Leon is descended from Australia's earliest circus family and has written numerous books and articles including Circus: The Australian Story.  Research at the New York Public Library of the Performing Arts led to his discovery of photos and news clippings about the St Leon family's performances in Coney Island at Thompson and Dundy's Luna Park in the early 1900s. He shares stories of the St. Leon troupe of bareback riders, acrobats and tightwire artists who came to the U.S. led by his great-uncle Alfred and starring Alfred's children Elsie, Ida and George. Elsie and Ida also performed the lead role in the hit play Polly of the Circus produced by Luna Park founder Frederick Thompson. Mark St. Leon’s website is The Pennygaff.

More than 400 oral histories are available for listening in the Coney Island History Project’s online archive. Please listen, share, and if you or someone you know would like to record a story via phone or Zoom, sign up here. We record oral histories in English, Chinese, Russian, Spanish and other languages with people who have lived or worked in Coney Island and nearby neighborhoods or have a special connection to these places.

RT @CIpolarbearclub: Are you ready for the best party of 2023? Our registration is OPEN! https://t.co/XPE3vuDvbs - make sure you fill out…
5 days 12 hours ago

Casino Fever: The Last Time Around, an excerpt from Charles Denson's 2002 book, Coney Island: Lost and Found: "In 1… https://t.co/jykQygopaT
6 days 3 hours ago