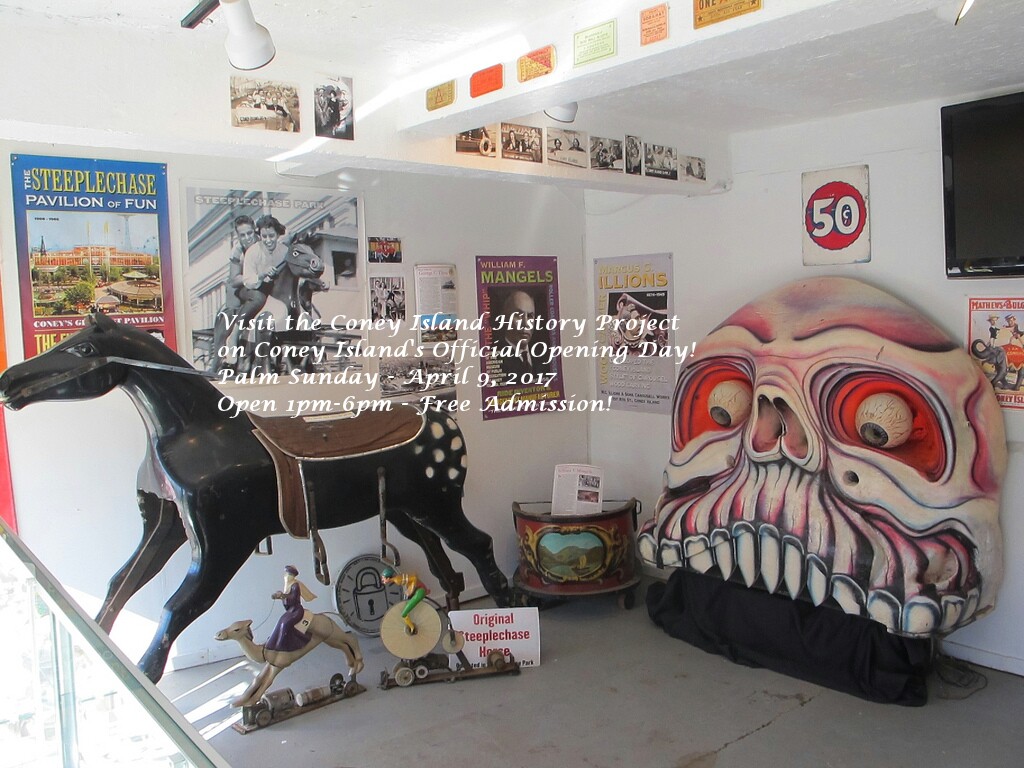 2017 marks the 13th anniversary of the Coney Island History Project! Since the History Project's inception in 2004 with a portable recording booth on the Boardwalk, followed by the opening of the Coney Island Hall of Fame in 2005 and the inaugural season of our exhibition center under the Cyclone in 2007 and moving to Deno's Wonder Wheel Park in 2011, we have proudly offered "Free Admission for One and All!" at our exhibits and special events.

The Opening Day festivities start at 11:00AM on the Boardwalk with the 32nd Annual Blessing of the Rides at Deno's Wonder Wheel Amusement Park. The late Pastor Debbe Santiago of Coney Island's Salt and Sea Mission originated the event with Denos D. Vourderis in 1985, who invited 300 children from the Mission to enjoy free rides and Easter baskets, a tradition that continues today.

A ribbon cutting ceremony hosted by park owners Dennis and Steve Vourderis will be followed by free rides on the Wonder Wheel for the first 97 guests in celebration of the Wheel's 97th anniversary. At Luna Park, the first 100 on line at the Cyclone roller coaster will ride the roller coaster for free and egg cream samples will be given out.  Coney Island's 1920 Wonder Wheel and the 1927 Cyclone are official New York City landmarks.

At the Coney Island History Project, visitors may take free souvenir photos with the only original Steeplechase horse from the legendary ride that gave Steeplechase Park (1897-1964) its name that remains in Coney Island and "Skully," a figure from Coney's classic Spookhouse and Spook-A-Rama dark rides. Among the treasures on display at the Coney Island History Project's exhibit center is Coney's oldest surviving artifact. The 1823 wooden Toll House Sign dates back to the days when the toll for a horse and rider to "the Island" was 5 cents!

Located on West 12th Street at the entrance to Deno's Wonder Wheel, just a few steps off the Boardwalk, the Coney Island History Project is open free of charge on weekends and holidays from Memorial Day Weekend through Labor Day from 1:00-7:00PM. We will also be open on Easter Sunday, April 16, from 1:00-6:00PM. The Coney Island History Project is open year round for private group visits and our weekend walking tours as well as by appointment to record interviews with people who have memories of Coney Island for our Oral History Archive. 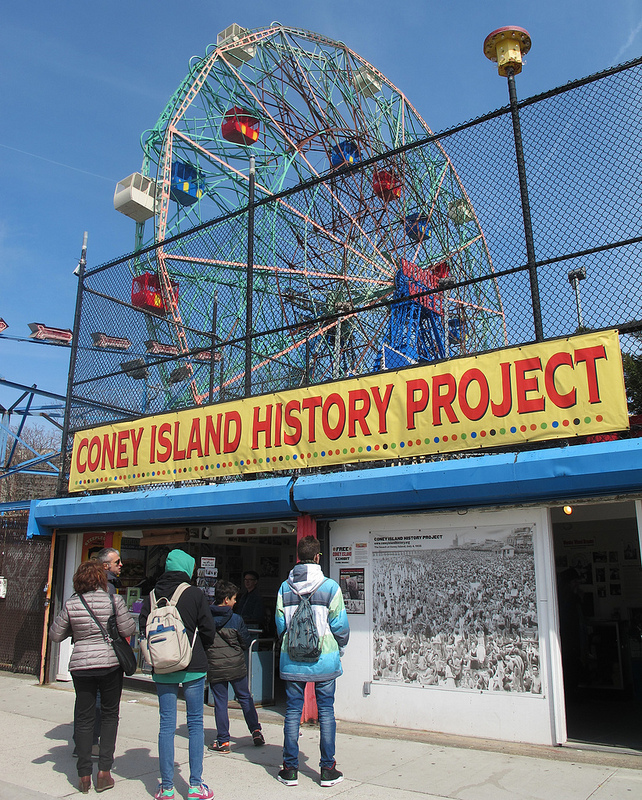 RT @WonderWheelPark: Happy one year anniversary, Phoenix Roller Coaster 🔥 ! Thanks to @OrlandoMendezP3 for his video ❤️ https://t.co/0Flq8…
2 days 5 hours ago