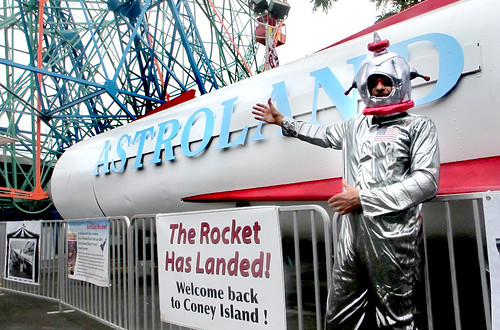 On History Day, visitors may take a peek inside the Astroland Rocket, previously sealed shut for 45 years!

Enjoy live music, entertainment and history at the 4th Annual History Day at Deno's Wonder Wheel Park, home of the landmark 1920 Wonder Wheel, and at the Coney Island History Project. The free event will be held from 1-6pm on Saturday, August 9. The rain date is August 10.

The theme of this year's festivities is the return of the Astroland Rocket, one of the first of the "imaginary" space voyage simulators constructed during the Space Race. Astroland Park's 1962 Rocket was brought back to Coney Island in June 2014 by the History Project and Deno's Wonder Wheel Park, where its new home is next to the Wonder Wheel. The Rocket will be restored as a multimedia exhibit covering the history of flight-themed attractions in Coney Island.

History Day will blast off with a dedication ceremony at the Rocket at 2pm, Visitors are invited to take a peek inside the space-age icon, previously sealed shut for 45 years! Tang & MoonPies will be served to the first 500 guests. DJ George Marchelos and The Rockinghams will play retro '60s music and space-themed songs from 11am-6pm.

Premiere screenings of Charles Denson's new film "The Rocket Has Landed" will be held at the Coney Island History Project from 1-6pm. The film tells the story of the Astroland Rocket and its journey back to Coney Island after being damaged by Hurricane Sandy while in storage on Staten Island. The rocket was installed as the first space-themed ride at Astroland Park in 1962 before being moved to a rooftop location on the Boardwalk that made it a landmark for millions of Coney Island visitors over a period of several decades. Four years after it was donated to the City, the Coney Island History Project spearheaded a successful effort to return the rocket to Coney Island where it is now on display at Wonder Wheel Park. 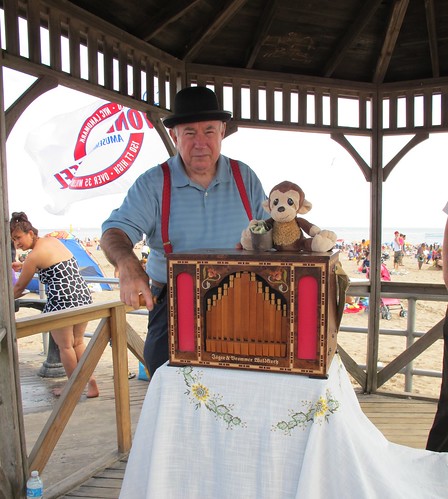 Returning for an encore performance on History Day are organ grinders from the Automatic Musical Instrument Collectors Association (AMICA) and the Carousel Organ Association of America (COAA) playing both antique and home-built hand-cranked musical organs. From 1pm-6pm, visitors will have the chance to crank some of the organs and experience a thrill from days gone by.

Ian Fraser, 13, of Staten Island, is the youngest member of AMICA and COAA. His 1881 Celestina Organette was made by the Mechanical Orguinette Company of New York at their factory in Greenpoint, Brooklyn. This type of organ was one of the best selling models of its day and was the equivalent to today's iPod. It allowed the most popular music of the time to be played again and again. It was a first in the history of music. 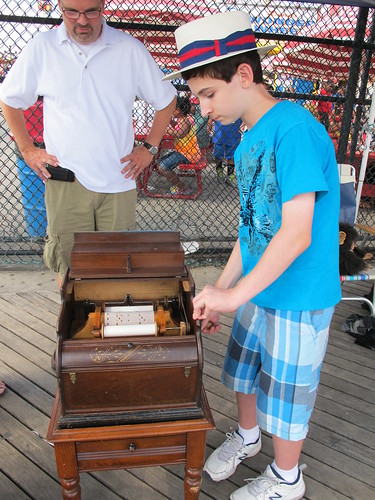 Bill and Rita Sharkey of Long Island will play a street organ made in Germany by Jaeger & Brommer, whose craftsmanship is based on a 200-year tradition of organ building in Waldkirch. It plays a 20-note paper roll by turning the hand crank located on the side of the organ.

Will and Joanna Schultz are traveling from Pennsylvania with their 26-note Universal John Smith crank organ. Will worked 2-1/2 years to build it entirely from scratch using wood from a scrap pile and designed his own cabinet.

Also from Pennsylvania is Mark Pall, whose interest in building hand-cranked organs grew out of his background as a church organist. He will play a John Smith organ that he built and redesigned himself.

The rally is curated by band organ restorer and magician Bob Yorburg, who is Vice President of COAA. He will perform his interactive show "Professor Phineas Feelgood's World of Magic" at 4pm in Dreamland Plaza adjacent to the Coney Island History Project.

The organ rally and magic show are free to the public and will be held at the Coney Island History Project, Dreamland Pedestrian Plaza on 12th Street and in Deno's Wonder Wheel Gazebo on the Boardwalk. 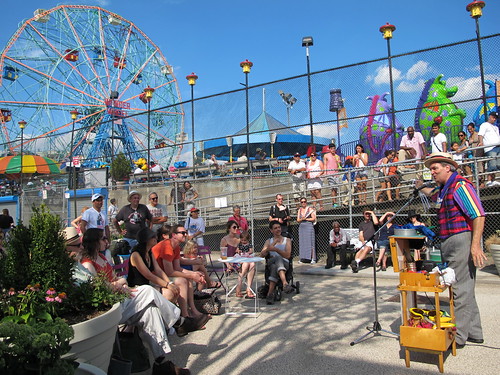 On History Day, Deno's Wonder Wheel Park will have a special display of historic artifacts and signage from Spook-A-Rama, the park's legendary dark ride, which opened in 1955. The first 500 people who ride the Wonder Wheel will receive a limited edition commemorative button as a gift. The Wheel opens at 11am on History Day.

Among the artifacts on view at the Coney Island History Project exhibit center are an original Steeplechase horse from the ride that gave Steeplechase Park its name, the Spook-A-Rama Cyclops from Deno's Wonder Wheel Park, hand-painted figures from Astroland's Musik Express, a Mangels Fairy Whip Car made in Coney Island in the early 1900s, and vintage signs and game pieces. Admission to the exhibit center and film screenings is free of charge. The Coney Island History Project will be open from 12-6pm on History Day. 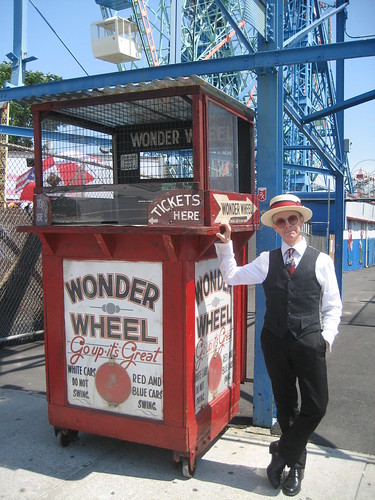