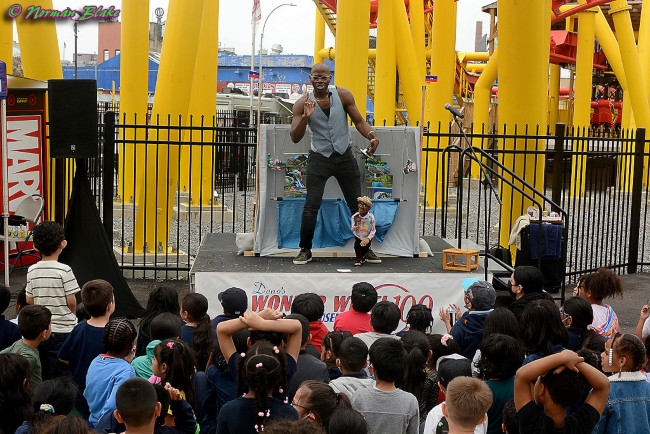 On June 3rd, the Coney Island History Project presented Jokes with Josue: A Haitian Puppet Show created and performed by Emmanuel Elpenord. The free performance was at Deno's Wonder Wheel Park in the plaza below the park's Phoenix roller coaster. In the audience were first, second, and third graders from Coney Island’s P.S. 90, the Magnet School for Environmental Studies and Community Wellness down the block.

Emmanuel Elpenord is a first-generation Haitian-American actor, puppeteer, improviser and voice artist. "Jokes with Josue is a series of Haitian riddles featuring a marionette and cut-aways to toy theater scenes, all set under Haitian music," said Elpenord. “It includes a longer-form Haitian folktale or fable performed in a traditional style with some call and response games, pantomime, character voices and improvisation."

Born and raised in Coney Island, Elpenord recorded an oral history for the History Project’s archive in 2020 in which he shares memories of growing up in Sea Rise apartments and a souvenir of the Wonder Wheel. We'll be posting a video of the puppet show in the coming weeks. Additional photos by Norman Blake may be viewed here.

This program was supported, in part, by public funds from the New York City Department of Cultural Affairs in partnership with the City Council. 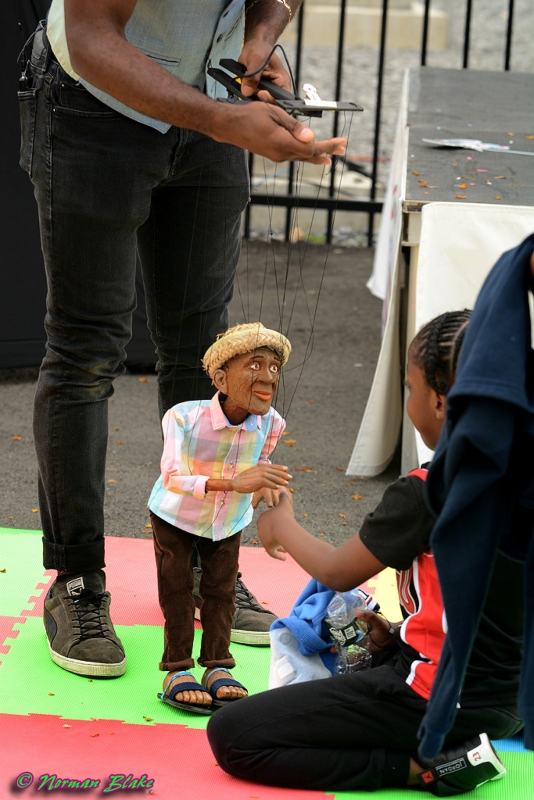