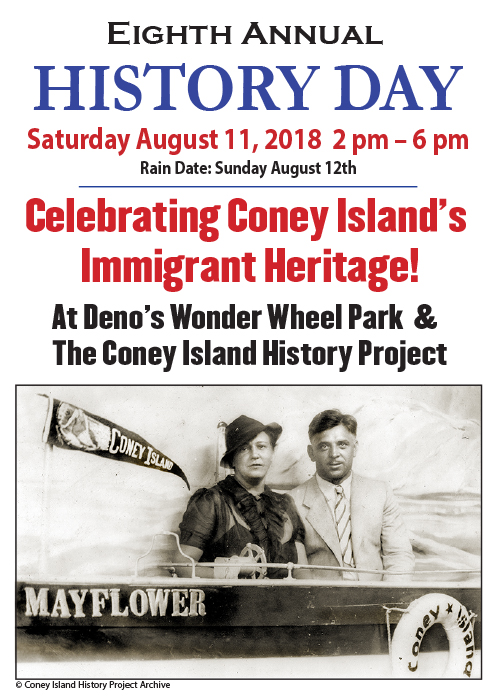 [POSTPONED] We're sorry, due to the rainy forecast on Saturday, August 11, and on Sunday, we are postponing our 8th annual History Day event for this weekend. We plan to reschedule it and hope you will join us then. Sign up for our e-news (link at bottom of page) or follow us on social media for updates!

In the early 20th century Coney Island's most popular souvenir photo-stand props consisted of small boats named The Mayflower. Recent immigrants could pose as Mayflower passengers, freedom-seekers  celebrating liberty on the shores of the World's Playground.

For more than a century, Coney Island served as the true historic "melting pot" for New York City's immigrant population.  It remains a place of great diversity, where people of small means enjoy an affordable day of free recreation on the beach and Boardwalk. Coney Island continues to be a destination for immigrants, the place to assimilate with people of all nationalities. It's where they finally find true freedom and become Americans. 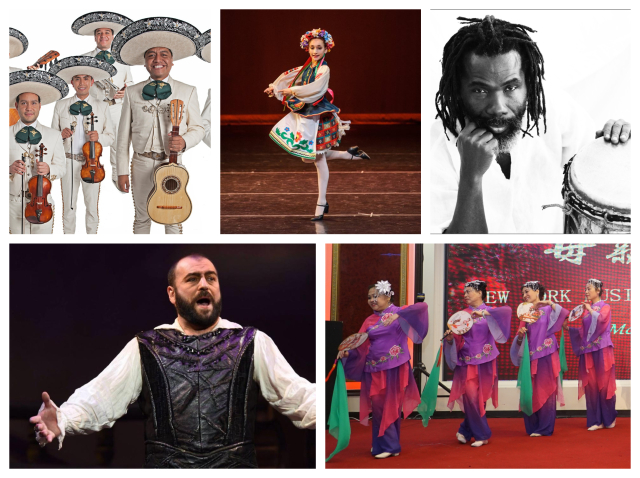 Enjoy History Day performances by musicians and dancers representing the traditional culture of countries from which people have emigrated to Coney Island:

Paolo Buffagni - Modena-born tenor moved to New York to take up a career in opera and lives in Sunset Park - 4:00PM 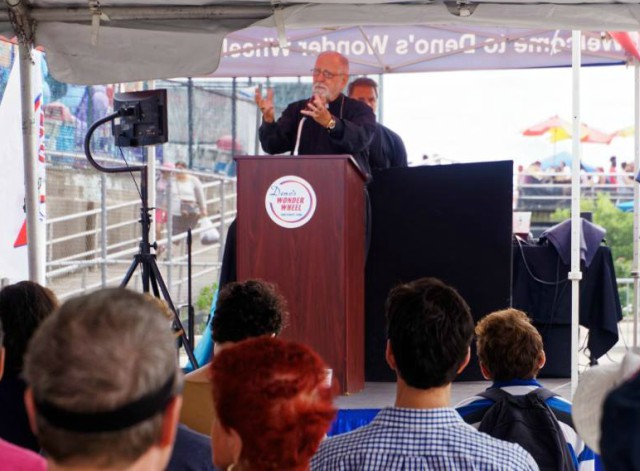 - On History Day, Father Eugene Pappas, Coney Island native and pastor of Southern Brooklyn's Three Hierarchs Greek Orthodox Church for the past 35 years, will broadcast a live radio show from Deno's Wonder Wheel Park about Coney Island's immigrant heritage. The radio show will be from just after 1pm until 2pm on WNYE COSMOS FM Hellenic Public Radio  and will be followed by his opening remarks at 2pm on the Dreamland Plaza Stage. Guests on the radio show will include Dennis Vourderis of Deno's Wonder Wheel Park and Charles Denson of the Coney Island History Project. Tune in at 91.5 or listen live at cosmosfm.org/podcast.

The opening ceremony at 2pm will be followed by Free Live Entertainment from 3-6pm on the Dreamland Plaza Stage located at 3059 West 12th St next to Deno's Wonder Wheel Park (between Bowery Street and Boardwalk). 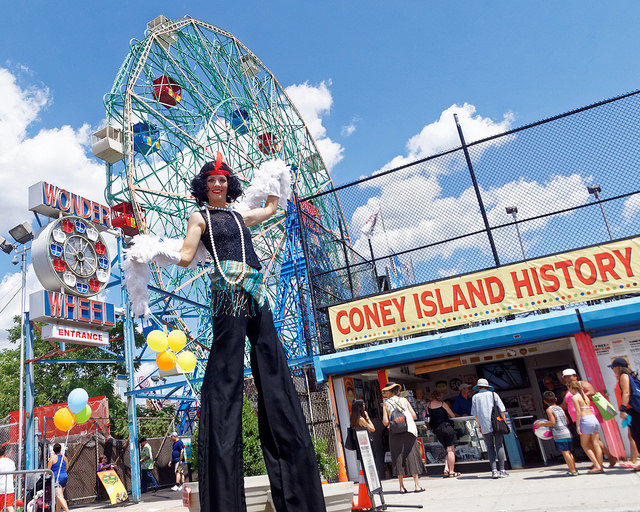 About the Coney Island History Project
The Coney Island History Project is a not-for-profit organization that aims to increase awareness of Coney Island's legendary past and to encourage appreciation of the Coney Island neighborhood of today. Located on West 12th Street at the entrance to Deno's Wonder Wheel Park, our exhibition center is open free of charge on weekends during the summer season. Emphasizing community involvement, the History Project records and shares oral history interviews; provides access to historical artifacts and documentary material through educational exhibits, events and a website; and teaches young people about local history and develops programs in conjunction with local schools, museums, and other organizations. Our multilingual offerings include a brochure in 10 languages, English and Chinese language walking tours, and oral history interviews recorded in several languages. The Coney Island History Project was founded in 2004 by Carol Hill Albert and Jerome Albert in honor of Dewey Albert, creator of Astroland Park.  Executive director Charles Denson is a Coney Island native, a noted historian, and the author of the award-winning book Coney Island: Lost and Found.