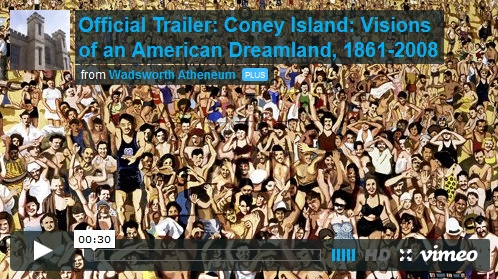 On Saturday, February 28th, Charles Denson will present a slide talk on the Coney Island History Project's mission and origins as part of the Wadsworth Atheneum Museum of Art's Coney Island Symposium: An Intersection of Art and Identity. The exhibit Coney Island: Visions of an American Dreamland, 1861-2008, which opened on January 31st at the Wadsworth, features more than 140 paintings, drawings, photographs, prints, posters, architectural artifacts, carousel animals, ephemera and film clips. The symposium begins with a keynote address by Exhibition Curator and Chief Curator Robin Jaffee Frank, followed by a series of panel discussions and special presentations.

Charles Denson has been a consultant and a member of the exhibit's project team for the past six years and has contributed numerous ephemera and prints from his personal archive, as well as writing a chapter for the exhibit's catalog. He also recorded descriptions of artwork for the show's audio tour. Selections from the Coney Island History Project's vast archive of oral history recordings were used in the "Step Right Up!" interactive listening station that accompanies the show.

"Robin Jaffee Frank first contacted me in 2009, during the show's earliest planning stage," Denson said. "At our first group meeting at the Yale University Art Gallery in 2010, Robin revealed her ambitious plan for a show that explored Coney Island in a way that had never been attempted before. Her Coney Island theme included artifacts, prints, film, sheet music, and the best examples of modern art as well as the classical paintings that depict the earliest years of Coney Island, a subject that I had always found fascinating. I am extremely honored to be a part of this exhibition." 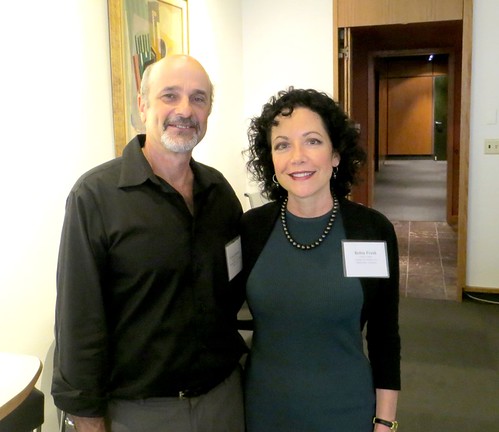 Among the artifacts in the Wadsworth exhibit is the 1955 Spook-A-Rama Cyclops, which was a popular attraction at the Coney Island History Project's exhibit center for the past two years. According to a review of the Wadsworth show in the Hartford Courant, "The five-foot-tall wall-mounted sculpture, loaned to the exhibit by the family who runs Deno's Wonder Wheel Amusement Park, is installed at the entrance to the exhibit galleries, flanked by two creepy paintings by Arnold Mesches, in which Cy presides over sinister-looking amusement parks." 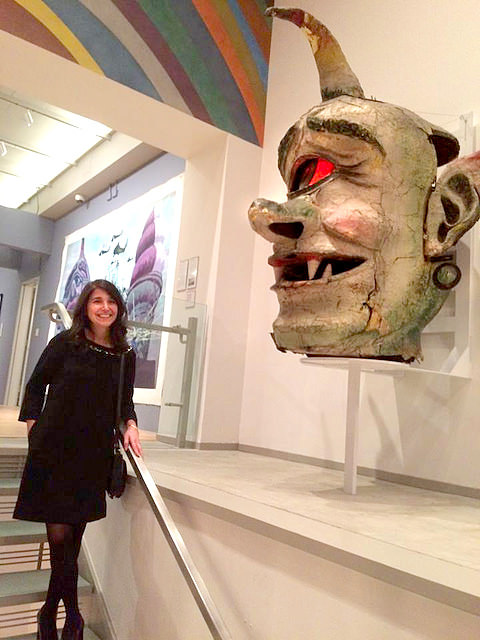 Deno's Wonder Wheel Park's Stacy Vourderis visiting the park's Spook-A-Rama Cyclops, which is part of the Coney Island exhibit at the Wadsworth Atheneum in Hartford, CT

Community Board 13 Meeting about the City's plan to land its ferry at Coney Island Creek in Kaiser Park. Wednesday,… https://t.co/nbNGxuJejM
2 days 16 hours ago

It's #knish time at #PaulsDaughter on the Coney Island Boardwalk! In this clip from Ep 10 of our #oralhistory… https://t.co/gjKkMVo7t5
3 days 19 hours ago