Growing Up in the 1970s: Coney Island Stories Podcast 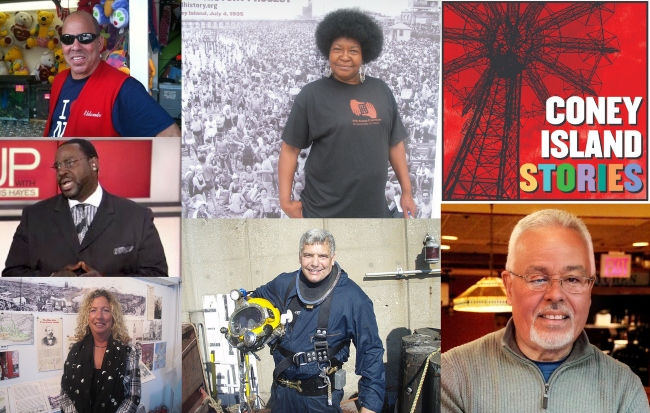 "Growing Up in the 1970s," the new episode of Coney Island Stories, has dropped. Listen and subscribe via your podcast app or the podcast page on our website.

Season Two’s theme is “Growing Up in Coney Island” through the decades, from the 1930s to the 21st century. In Episode Five, Coney Islanders who grew up in the 1970s share memories of being the original tenants of Carey Gardens and O’Dwyer Gardens, newly built high-rise developments overseen by the New York City Housing Authority. They remember the razing of entire blocks in the West End during urban renewal, pervasive crime affecting their lives, and gangs like the Homicides and the Seven Immortals inspiring the movie The Warriors. By mid-decade, New York City went broke and abandoned Coney Island. The one bright spot in the 1970s was Astroland amusement park’s two million dollar investment in new rides, including the Enterprise, named after the USS Enterprise in the TV series Star Trek, and sponsorship of air shows with the Army Golden Knights and the Air Force Thunderbirds.

NEW in @ConeyHistory's #oralhistory #archive: In this clip, Roy Omori, who grew up in Coney Island in the 1950s and… https://t.co/koeRYnGQ8h
7 hours 22 min ago

RT @NEHgov: #OTD in 1920, the 19th Amendment was ratified, granting women the right to vote. The #NEHgrant-funded documentary THE VOTE chr…
1 day 9 min ago