Thrilled the Public with Exotic Dancing 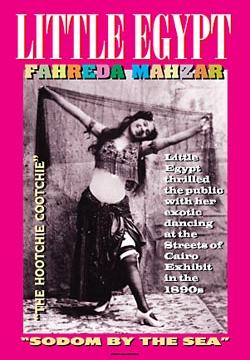 The ballyhoo for Little Egypt proclaimed that "Anywhere else but in the Ocean Breezes of Coney Island she would be consumed by her own fire! Don't rush! Don't crowd! Plenty of seats for all!"

By today's standards, Little Egypt's dancing was tame. In fact, much more sordid performances were taking place in the private back rooms of bars and hotels all over the island. But Little Egypt was unique, for her performances were public and had been seen by the reformers who were protesting her indecency.

The Streets of Cairo was one of the "Oriental dance house exhibits" that sprang up at the turn of the nineteenth century. The novelty soon wore off, but Little Egypt's legacy endured long after the Turkish harems folded their tents, gathered their camels, and moved on.